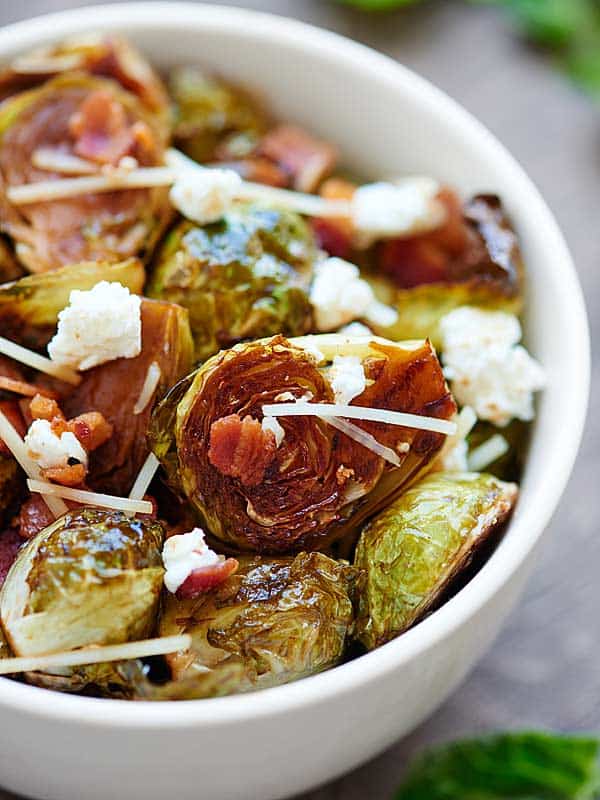 I have a confession. This Roasted Brussels Sprouts Recipe is the first time I’ve actually had brussels sprouts. Well…I guess one time I put them into a vegetable soup, buuuuut I picked them out.

So why did I create a brussels sprouts recipe? It’s such a great veggie Thanksgiving side dish and I figured it was about time I gave these little guys a try.

This Roasted Brussels Sprouts Recipe is the perfect gateway into the whole brussels sprouts thing, because…2 words: 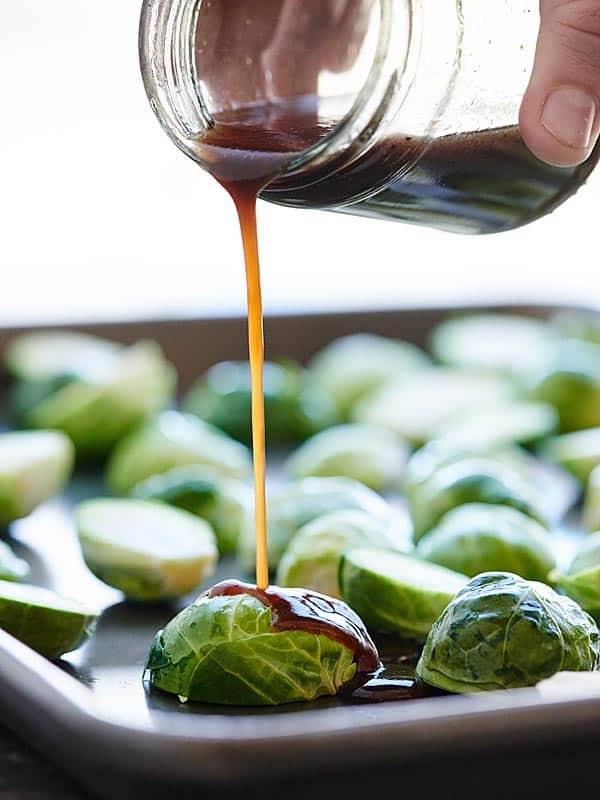 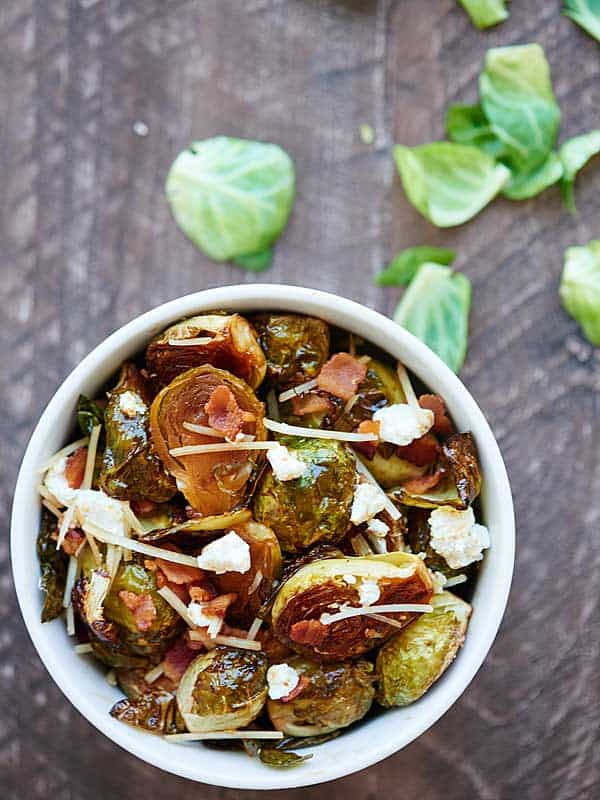 If I’m being really honest with you guys, Thanksgiving food, to me, means carbs.

Because Trevor and I are going to Mexico shortly after Thanksgiving, I wanted to be sure that this year, I eat a few more greens and a few less carbs. (Ask me on the 27th if that actually happens 😉 ).

This roasted brussels sprouts recipe is ready in about 30 minutes, which is great for busy cooking days like Thanksgiving, and really it only took me about 5 minutes to prep once I cooked my bacon. 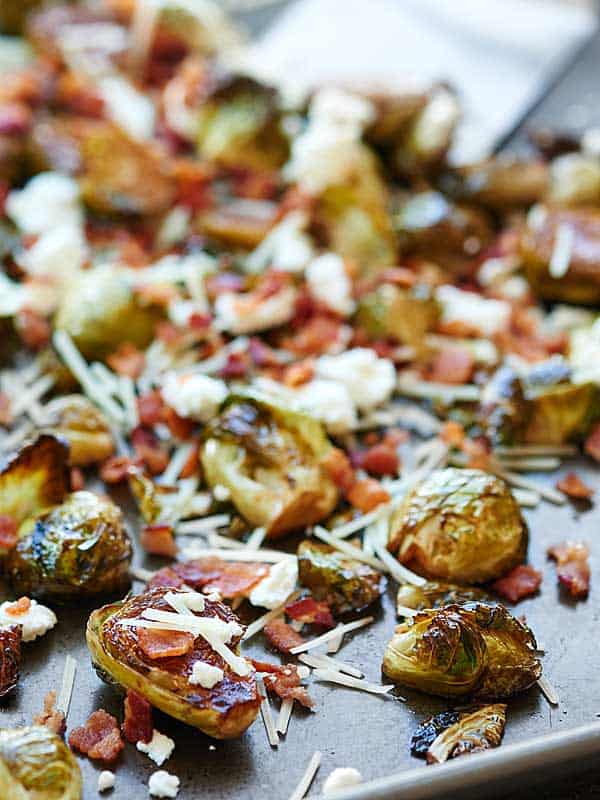 Yeah. Let’s talk about that for a second.

I cooked 4 strips of bacon in a saute pan until it was beautifully crispy. I set this aside, but used the bacon fat to make a dressing.

Bacon fat in a dressing.

I whisked together the warm bacon fat with real maple syrup, balsamic vinegar, salt, and pepper! 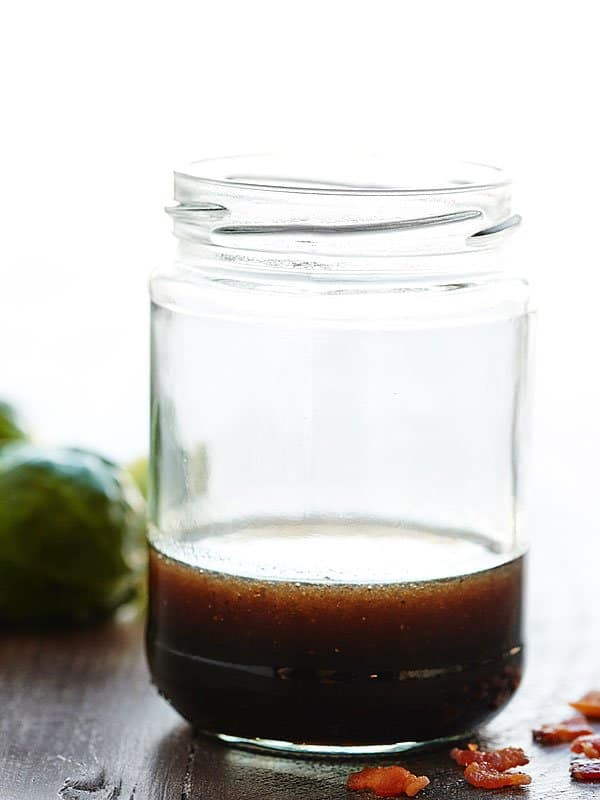 A super simple sauce that really packs a punch.

I tossed brussels sprouts with the dressing, roasted them to p.e.r.f.e.c.t.i.o.n. and then tossed them with goat cheese, parmesan, and the crumbled bacon. 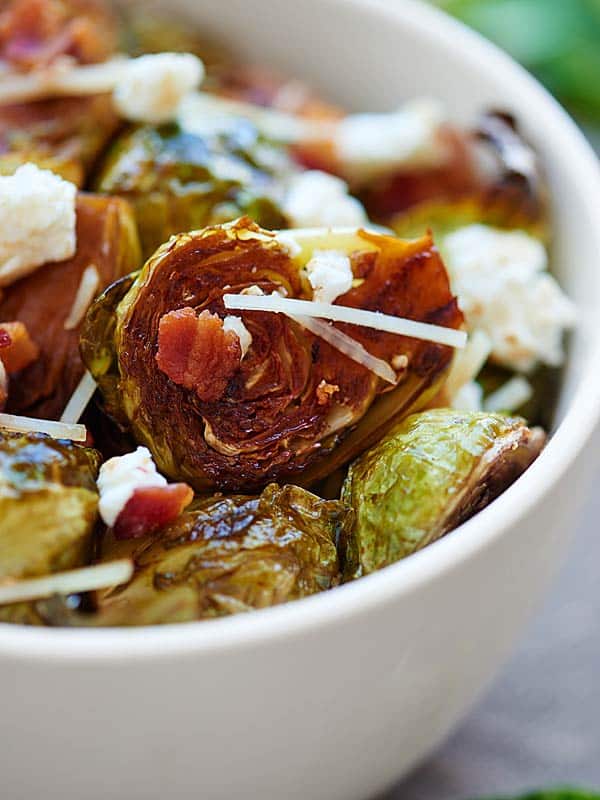 While this roasted brussels sprouts recipe might be one of the healthier side dishes to make an appearance at your Thanksgiving table, it certainly won’t be the one lacking in flavor and texture! 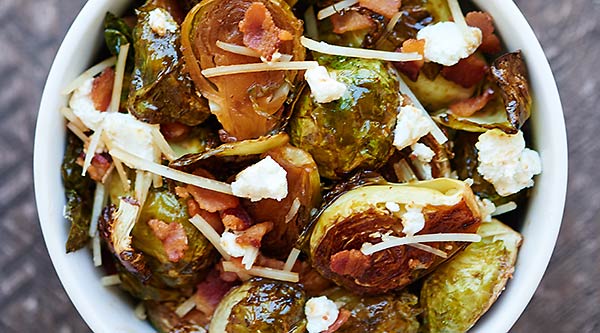 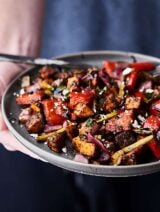 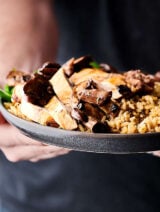 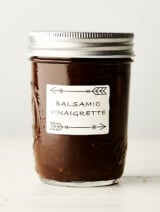 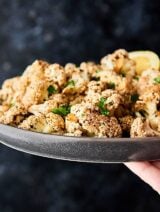 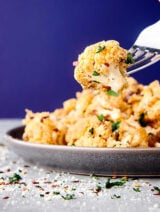 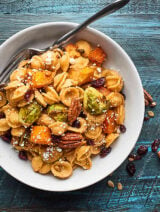