This Cauliflower Leek Soup Recipe is made in the crockpot! It’s healthy, creamy, vegetarian, and can be vegan! 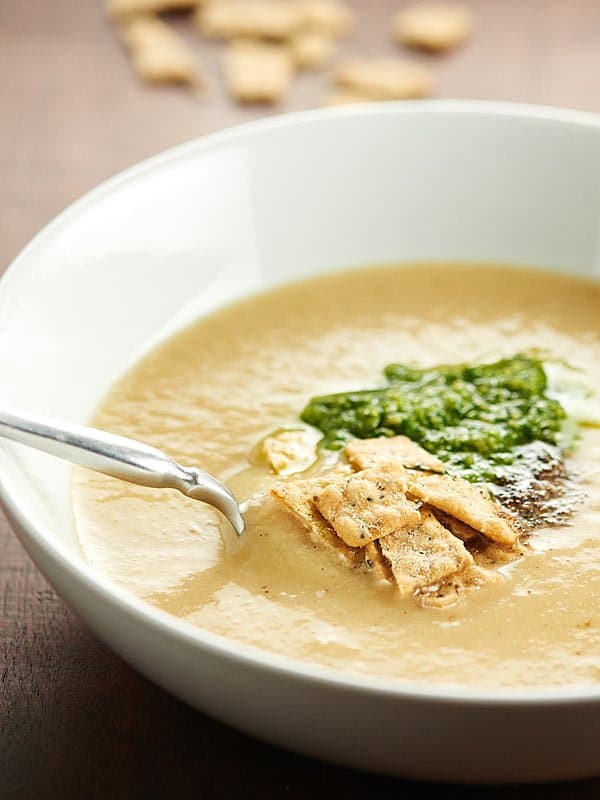 The best part of crockpot meals is they take no time to prep. Throw everything in the slow cooker at the beginning of the day and come back later to a delicious dinner!

JUMP TO RECIPE
Pro tip
If you don’t have an immersion blender, you can transfer the soup to a regular [smty_affil id="35881"]blender[/smty_affil] and use that instead! 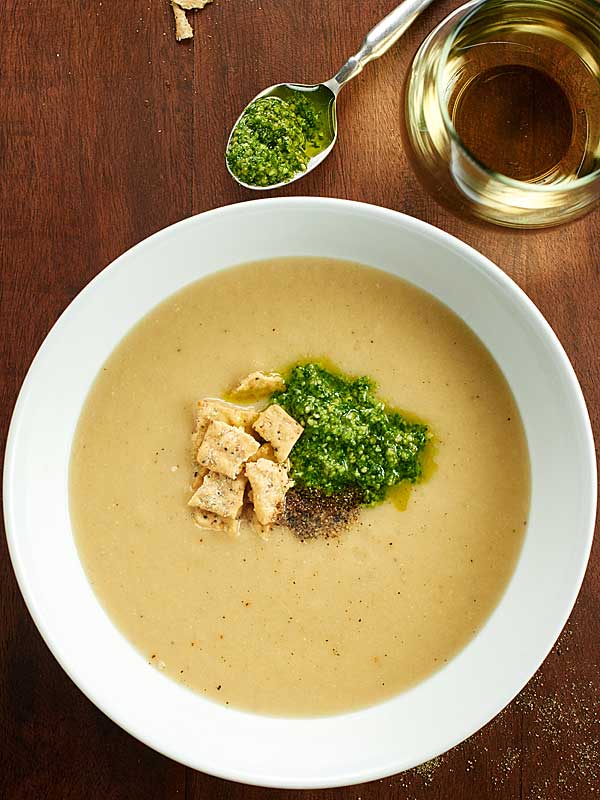 How to prep leeks

The thing about leeks is they are notoriously dirty so you want to make sure you clean and prep them WELL!

Do you have to blend the soup?

Not necessarily, although blending the soup achieves that ultra-creamy texture.

If you prefer a creamy soup with some texture only blend a portion. If you’d rather not blend at all, that’s fine too!

This soup is already pretty thick since it’s fully blended!

However, if you do prefer an even thicker soup you can whisk together 3 tablespoons of cold water and 1 tablespoon of cornstarch and mix that in.

Definitely! This cauliflower leek soup is a lightened up version of my truffle oil potato leek soup which, although delicious, is made with butter, half-and-half, and heavy cream.

The goal with this potato leek soup was to make it super healthy but without compromising any of that delicious flavor.

Can you make cauliflower leek soup on the stovetop

You sure can! If you’re shorter on time, you can just make your soup on the stove! 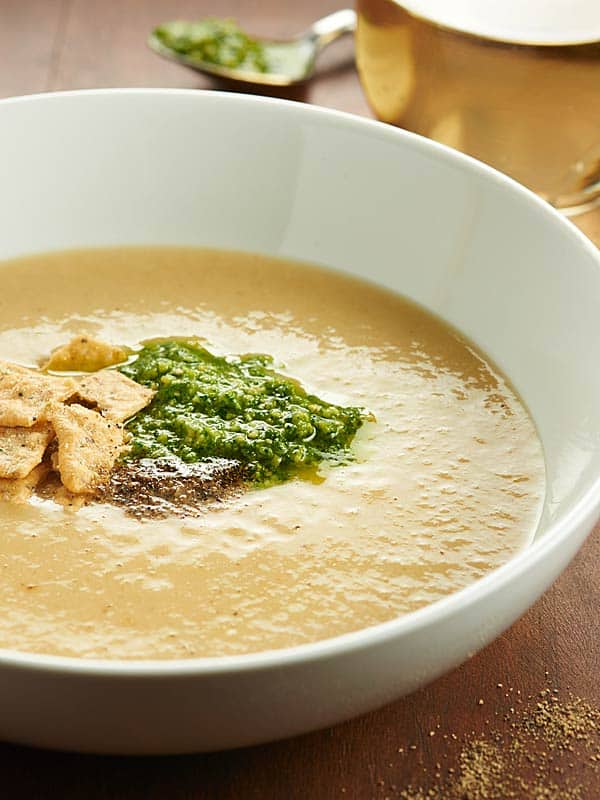 What to serve with cauliflower leek soup

I like to serve my cauliflower leek soup topped with a drizzle of truffle oil and a spoonful of cilantro pesto!

I also love to serve it alongside a couple of side dishes!

Leftover soup will last in an airtight container in the fridge for 3-4 days or in the freezer for up to 6 months.

To reheat, thaw in the fridge if frozen then warm on the stove or in the microwave. 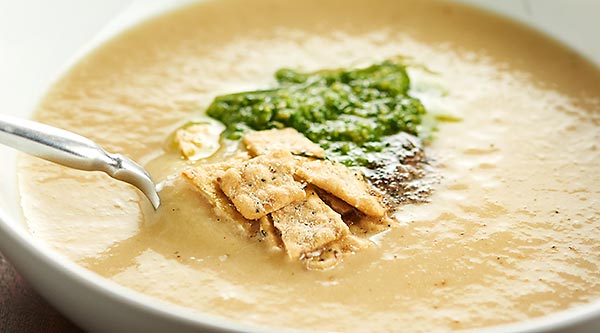 4.88 from 8 votes
This Cauliflower Leek Soup Recipe is made in the crockpot! It's healthy, creamy, vegetarian, and can be vegan!
Prep Time: 10 minutes
Cook Time: 8 hours
Yield: 8 cups
Print Pin Rate Recipe

Rate This Recipe
STORING
Room Temp:N/A
Refrigerator:3-4 Days
Freezer:6 months
Reheat:If frozen, thaw then reheat on stove or in microwave
*Storage times may vary based on temperature and conditions

*You can add the truffle oil into the whole pot of soup (start with a 1/2 teaspoon and go from there...we used about 1 + 1/4 teaspoon) OR you can serve up the soup and let people add as much or as little truffle oil to their own serving.
**Nutritional information doesn't include truffle oil or cilantro pesto. 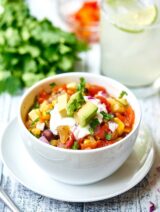 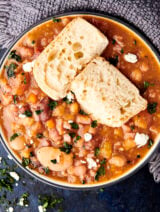 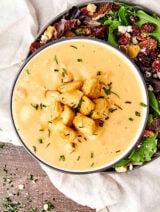