This Tom Kha Gai soup is SUPER easy and loaded with all the great flavors and textures you’re looking for such as tangy lime, creamy coconut, spicy cayenne, and tender chicken! 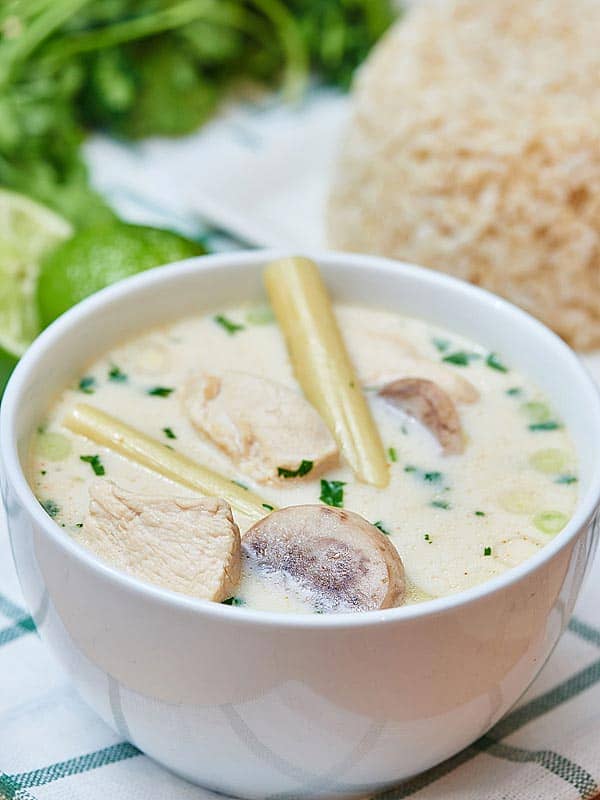 I never thought I’d be able to make really good Thai food at home, because the flavors are SO delicious and complex. I was pleasantly surprised, however, that one of my favorite dishes: tom kha gai, is incredibly easy.

This soup is just as quick to make as any other soup recipe . . . . the rich, complex flavors come from creamy coconut, spicy ginger, salty fish sauce, and earthy lemongrass. All which are pretty easy to find at your standard grocery store.

What is tom kha gai soup?

Tom Kha Gai is a creamy, spicy, slightly sour Thai chicken soup. It’s a variation of the traditional Thai dish, Tom Kha. The “gai” translates to “chicken” which is added!

The creaminess comes from full-fat, canned coconut milk, the spiciness comes from a dash of cayenne pepper and freshly grated ginger, and the sour comes from traditional fish sauce and loads of lime juice.

This is a surprisingly simple ingredient list for such a complex soup:

Chicken is sautéed in a bit of oil before stirring in the remainder of the ingredients to seal in the juices and add a bit of flavor. Once everything else is added the soup is simmer allowing the chicken and mushrooms to cook through and deepen the flavor of the broth.

Coconut milk shouldn’t really curdle, but if you’re worried about it, be sure to keep your soup at a simmer, not a boil. 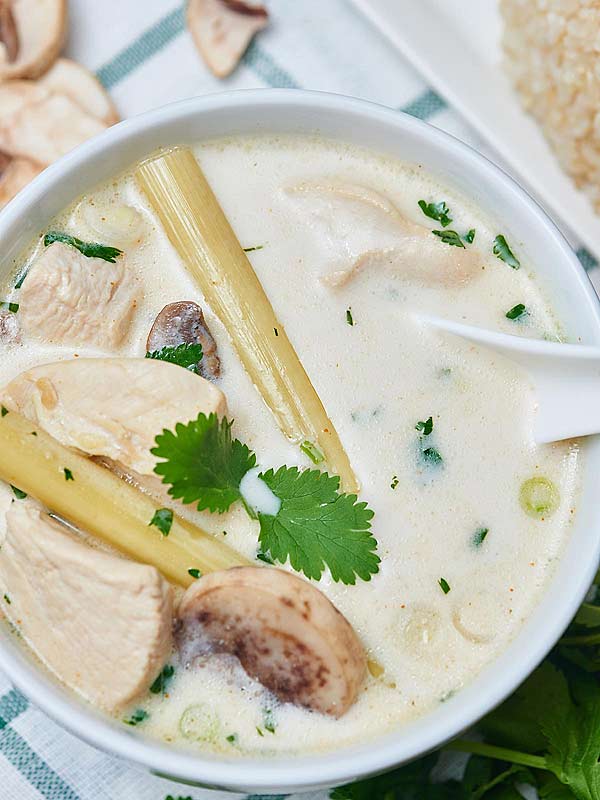 What’s the difference between tom yum and tom kha?

Tom Yum is another hot and sour Thai soup. Although they are both similar and delicious, the primary difference is that Tom Kha soup has coconut milk added which gives the broth a creamier texture and fuller flavor.

Personally, I prefer Tom Kha soup just because the coconut milk works to balance the heat added by the spices creating a well-rounded flavor profile. 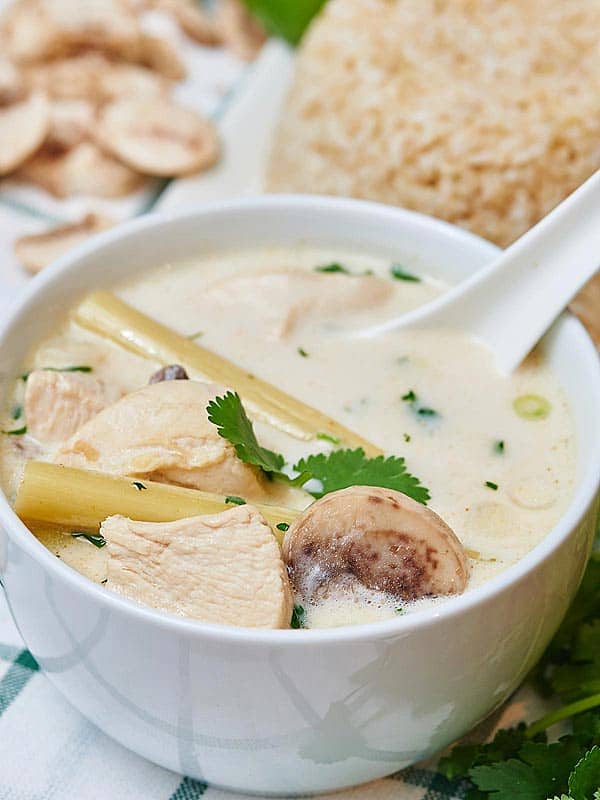 This soup is so good stand-alone but if you want to bulk up your meal a bit it’s also so delicious served over a bed of steamed, brown rice! So healthy, so simple, and SO tasty!

If you have leftovers you can store it in the refrigerator for up to five days or in the freezer for up to three months.

The great thing about soup is that it tastes just as good, if not better, leftover! 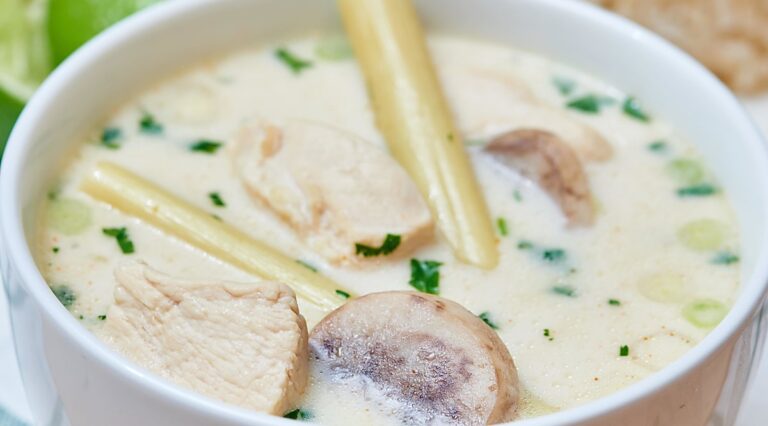 *Lemongrass: First, peel the outer layers (they look like corn husks). Then with the back of your knife, hit the lemongrass. You'll make indents all along the stalk. Then, cut into quarters. * You won't eat the ginger/lemongrass, but whenever I get this in restaurants, they always leave the pieces in the soup! 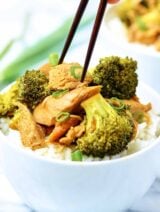 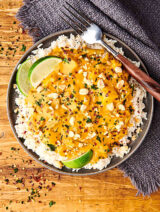 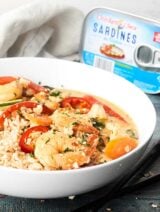 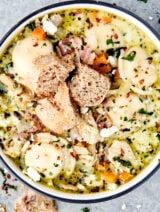 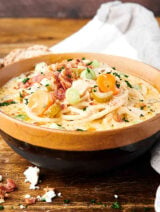 This post was originally published on February 13, 2015 and has been updated to provide more detailed information.