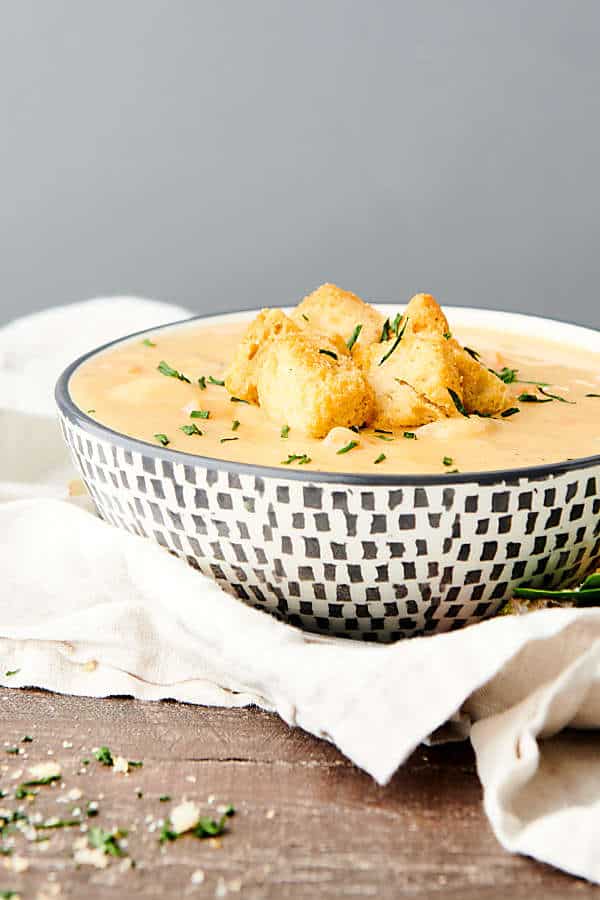 This soup is a hearty, stick-to-your-ribs kinda soup, but guess what? It’s vegan and absolutely PACKED with veggies. This is a “best of both worlds” soup and I’m loving it!

These every day ingredients make a rich, hearty, yet healthy, flavor packed soup that’s loved by all!

JUMP TO RECIPE
Pro tip
Use a high powered blender, such as a Vitamix, for the silkiest texture.

This potato soup is already pretty thick but if you like an even thicker soup, simply blend more soup. I like blending two cups of the soup, because it creates a thick base, but still maintains plenty of yummy potato and veggie chunks! If you want to blend more or all of the soup, feel free!

How to make vegan soup creamy

This vegan soup is already very creamy thanks to full-fat coconut milk and the process of blending some of the soup in a high powered blender. If you’d like the soup to be even creamier:

Pro tip
Don’t want it quite so rich? Try light coconut milk or other non-dairy milk instead.

What to serve with vegan potato soup

I love serving this vegan potato soup with some sort of bread, sandwich, and/or salad!

Pro tip
This soup is also delicious topped with a sprinkle of coconut bacon!

Leftover vegan potato soup will last in an airtight container in the fridge for 3-4 days or in the freezer for up to 3 months.

To reheat, thaw in the fridge if frozen then microwave or heat on the stove until warmed through. 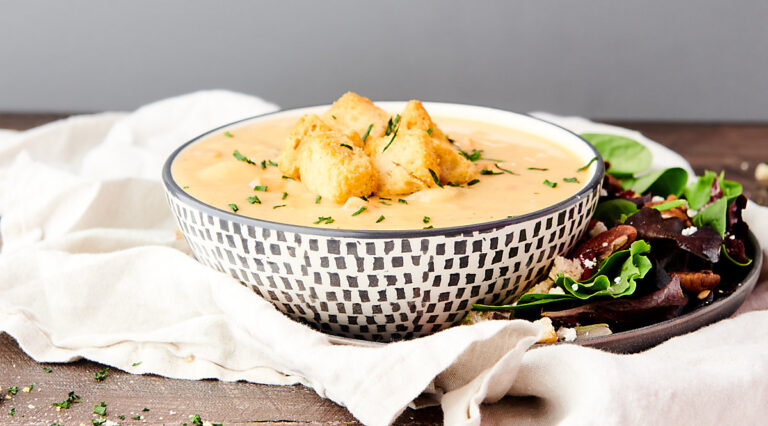 Rate This Recipe
STORING
Room Temp:N/A
Refrigerator:3-4 Days
Freezer:3 Months
Reheat:Thaw in the fridge if frozen then microwave or heat on the stove to warm
*Storage times may vary based on temperature and conditions 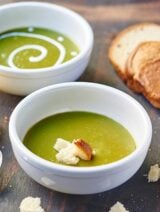 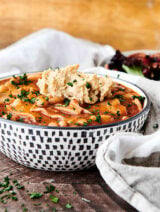 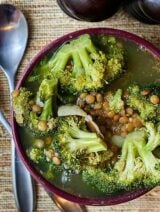 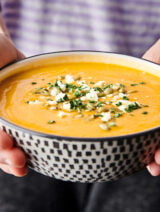