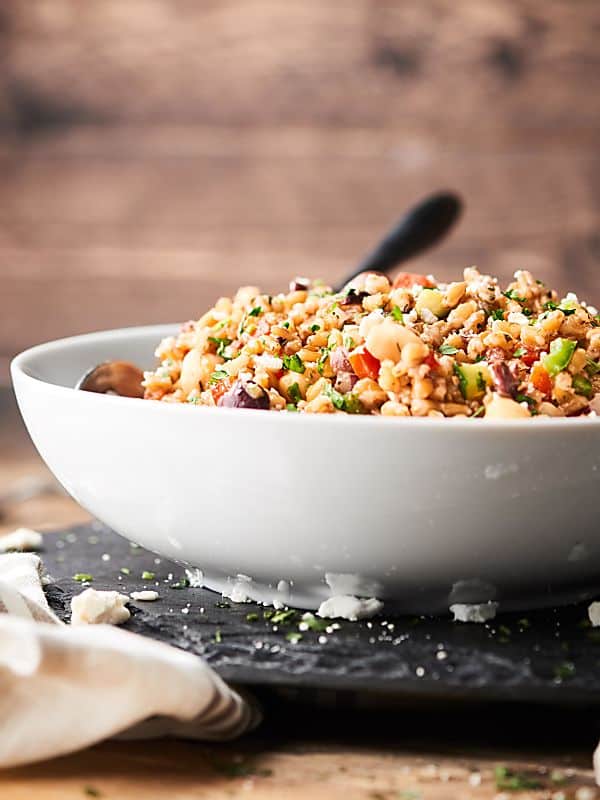 Thanks to Bob’s Red Mill for sponsoring today’s post! We ♡ them.

For lack of a better word, this Mediterranean Farro Salad Recipe is the BOMB.

I was shoveling it by the spoonful directly out of the serving dish, because it was so good . . . and I wasn’t at my own home. 🙈

Luckily, I was in good company, and there were no judgments made. 😉 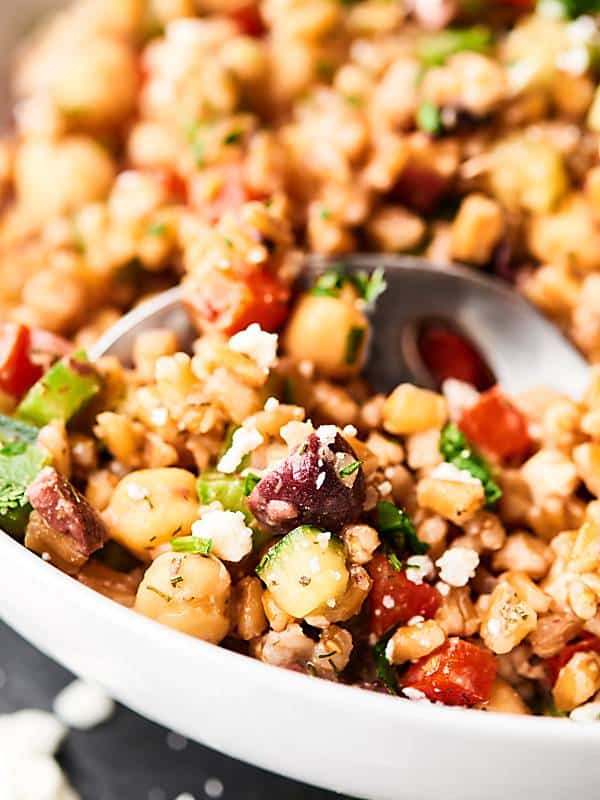 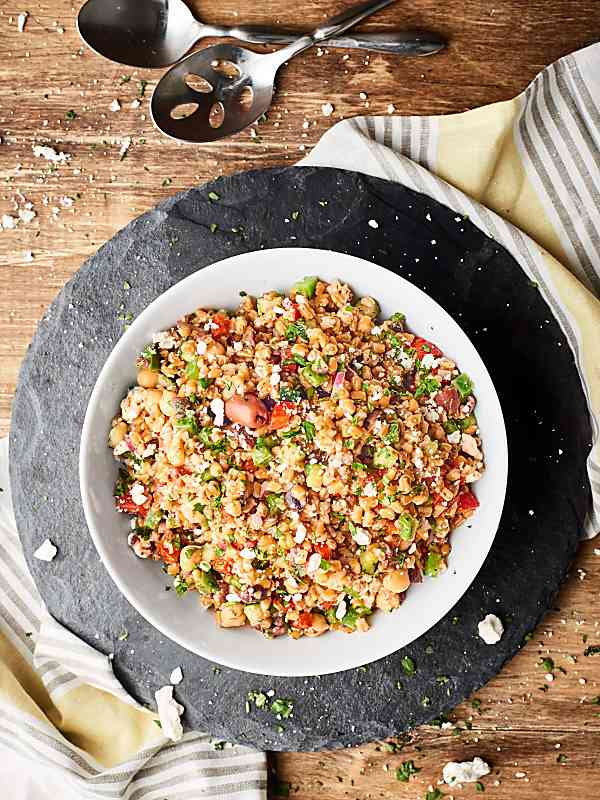 Before this Mediterranean Farro Salad Recipe, I had never made farro before!

Can you believe it?

For whatever reason, I was really intimidated, but letmetellyou, there’s no need, because it’s a cinch to make.

Let’s wind it back for a second though, because you might be thinking:

Simply put, it’s an ancient, traditional grain of the Mediterranean and a relative to modern-day wheat. It’s hearty, chewy, loaded with fiber, iron, and protein, and oh yeah, SUPER yummy!

The base of this recipe, of course, is Bob’s Red Mill Organic Farro. 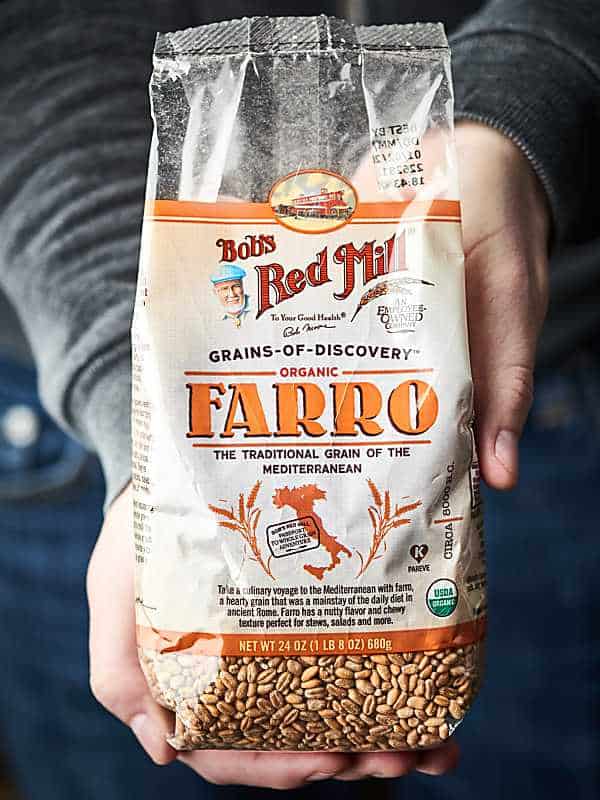 Cook it on the stove in a little veggie broth according package directions.

Then,  you’ll chop some kalamata olives and mince some garlic.

Place all of the above (including the cooked farro) into a large bowl.

Next you’ll throw in some crumbled feta (leave out if you’re vegan or dairy free, but if you’re not, it adds a nice saltiness to the dish), and chickpeas.

I’m actually not lying when I told you before that I was literally shoveling this into my mouth.

After just one bite, I’m guessing you will be too. 😉

I love the hearty, chewy farro with the crisp vegetables, bright red wine vinegar, and spices.

A simple recipe that would make an AMAZING addition to any spring (hellloooo Easter) or summer gathering. 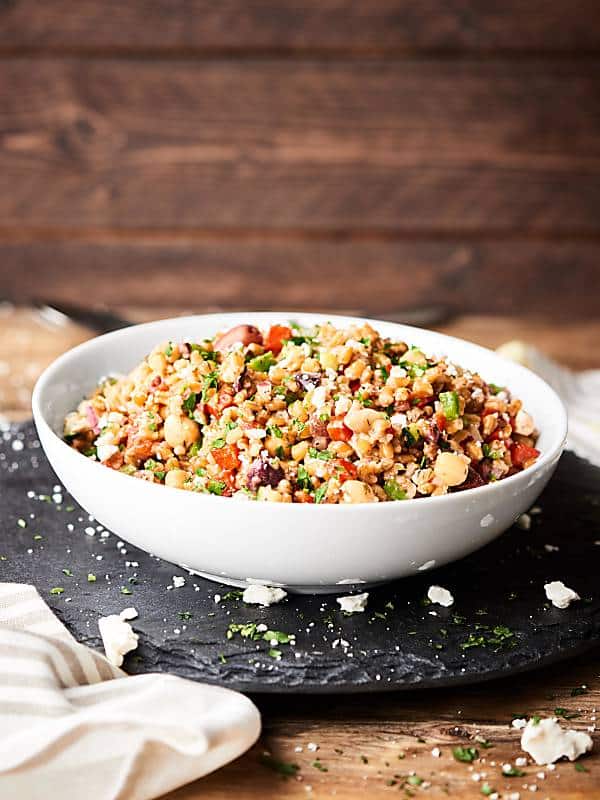 PS – This is an amazing make ahead dish, making it perfect for entertaining!! 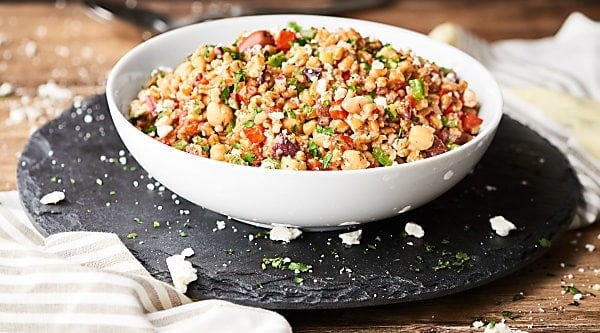 This is a GREAT make ahead dish. This can be stored in the fridge for up to 5 days. Omit feta if vegan or dairy free!

Thanks again to Bob’s Red Mill for sponsoring today’s post!