Chocolate Oreo Pudding for Two – a seemly simple dessert that will blow you away! A crunchy Oreo crust is covered with a thick, rich, creamy, and extra chocolatey pudding. Seriously. This is decadent. Don’t forget the whipped cream! 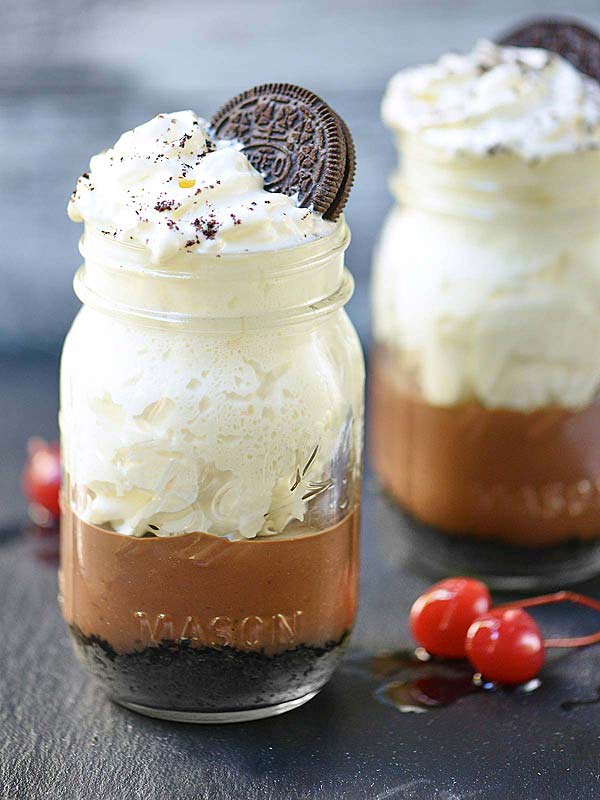 This Chocolate Oreo Pudding for Two, my friends, is the definition of a decadent dessert. It may seem humble – an Oreo cookie crust topped with rich chocolate pudding, and covered generously with whipped cream – but it sure does the trick when you want something that really blows your dessert loving mind away.

Trevor and I are definitely some of those dessert loving people. It’s rare when we don’t have something sweet to munch on after dinner. I grew up in a family that ALWAYS had something sweet in the evening hours, and I can’t help but carry that tradition on. 😉

In my family, we’d have dinner around 6:00 PM and then a few hours later, we’d have our bed time snack. Sometimes it’d be my favorite one bowl brownies, other times it would be vanilla cake with homemade fudge frosting, and on a rare occasion we’d have chocolate pudding. I think my mom would just get a hankering for something sweet, but didn’t want to make a whole pan of brownies or two dozen cookies… can you blame her? 🙂

This is where my mom and I are most alike. I definitely get my sweet tooth, more specifically, my need for chocolate from her. Sometimes, though, I don’t feel like making brownies, or whipping up a batch of cookies and this is is why we all need this super rich, super chocolatey, extra thick and delicious, makes you drool just thinking about it, Chocolate Oreo Pudding for Two. 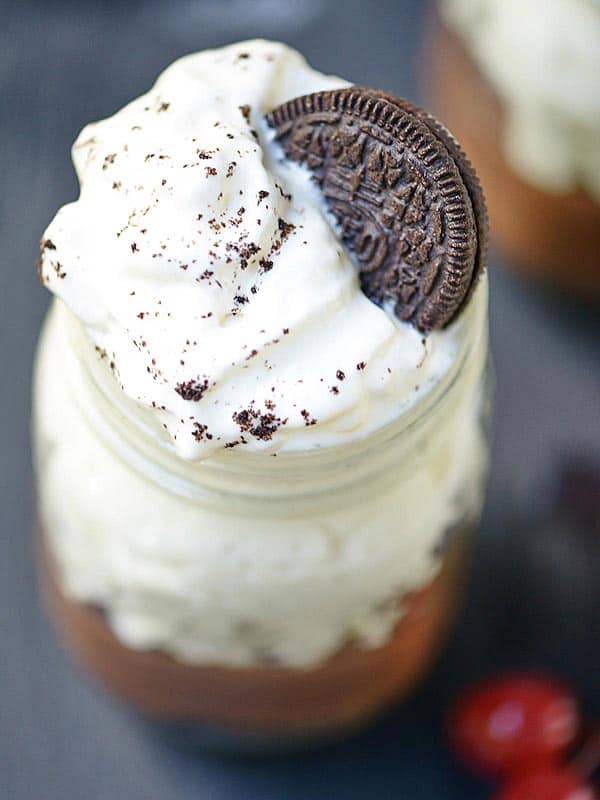 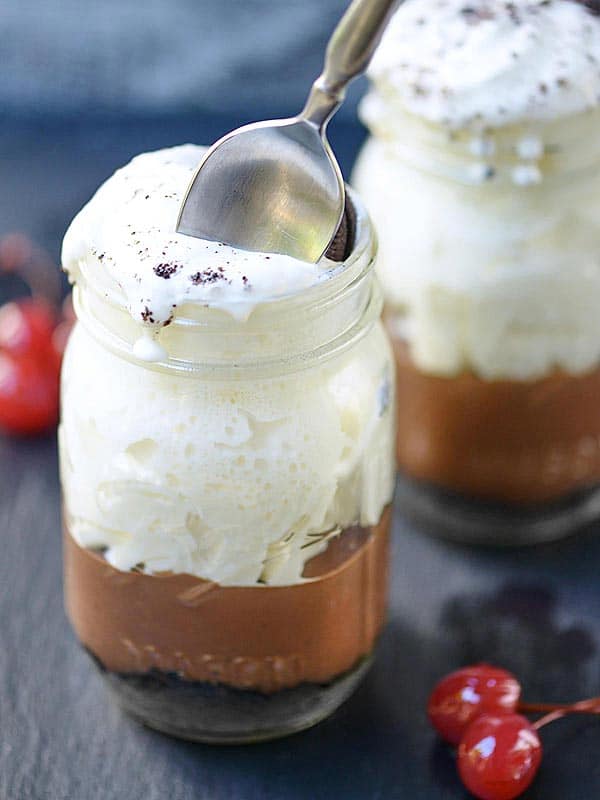 Before this recipe, I’d never made homemade chocolate pudding…unless you count the kind you make from the box…but (shocker!) one day after Trevor and I had finished our dinner, I needed chocolate and I needed it like ten minutes ago.

Luckily, I had a basic idea of what I needed to make chocolate pudding and literally dumped the ingredients into a saucepan (I was desperate), crossed my fingers, did a little dance, and somehow the pudding turned out great. 🙂 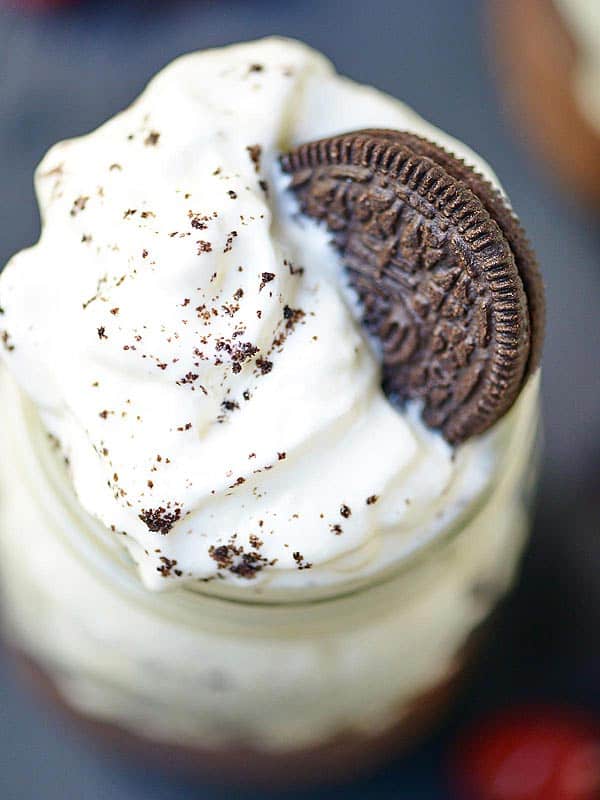 It was ridiculously thick and extra chocolatey…just what I was looking for. But I couldn’t stop there. I needed more chocolate. I remembered that I had Oreos in my pantry that were closing in on their expiration date…don’t ask me how I let that happen, they should’ve been long gone.

I crushed up some Oreos, mixed in a little butter, and then decided to do something extra wild and crazy and smushed the mixture down in the bottom of a couple mason jars. So cute! Because mason jars are still cool…right? They will forever be cool to me. Even when they’re not trendy anymore.

After the Oreos were packed down, I poured the slightly cooled chocolate pudding over the crust and impatiently waited for it to cool a bit in the fridge.

Once the Chocolate Oreo Pudding had cooled to my liking, I took a bite. HOLY MOLY it was so luxurious, but *almost* too rich…if that’s even a thing. So I did something that I never do…I added whipped cream. It may seem normal to you, but – don’t hate me – I don’t like whipped cream. 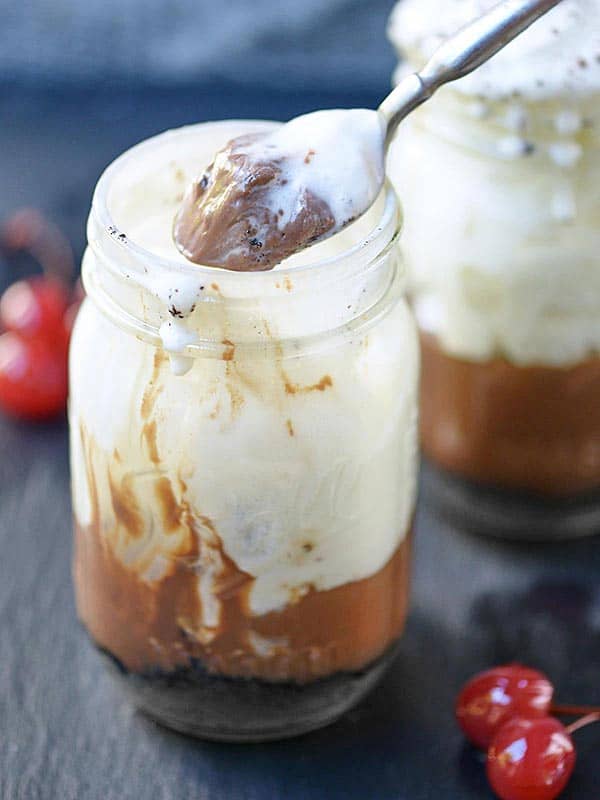 Gah. I said don’t hate me! It’s too fluffy, and I don’t think it really has any flavor, and I don’t know. This time, however, this Chocolate Oreo Pudding really benefited from some whipped cream to cut the richness. Make fresh if you want, but mine came in that classy red can you all love! 😉

Just do me a favor and make this right now, ok? If I haven’t convinced you yet, let me tell you how much Trevor liked it! He said, “If they had this at a restaurant, I’d order it every time.” I was so giddy from this, I didn’t notice that he managed to DEVOUR the entire jar of Chocolate Oreo Pudding! 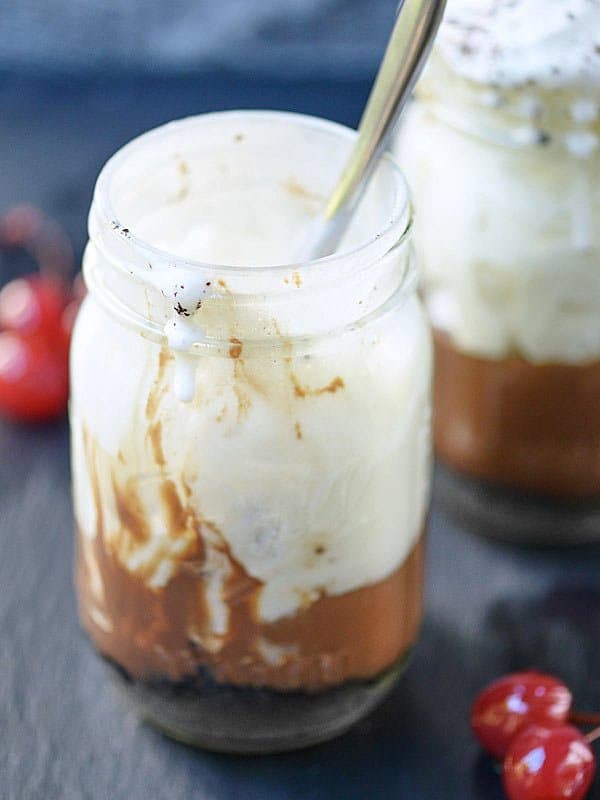 He’s a sucker for Oreos, but I mean, come on man! I wanted some, too. So I pouted for 2.5 seconds, and then remembered that I had an extra in the fridge. Did I tell him about it? Of course not! 😉

If you’re not drooling yet just thinking about this rich, thick, chocolatey, smooth, pudding with that super satisfying, crunchy Oreo crust then we can’t be friends anymore.

Kidding…it just means more for me! 🙂

Have you ever made homemade pudding? What’s your favorite flavor? Show me the yummy!

P.S. If you make this, I highly suggest having extra Oreos on hand for dunking! 😉 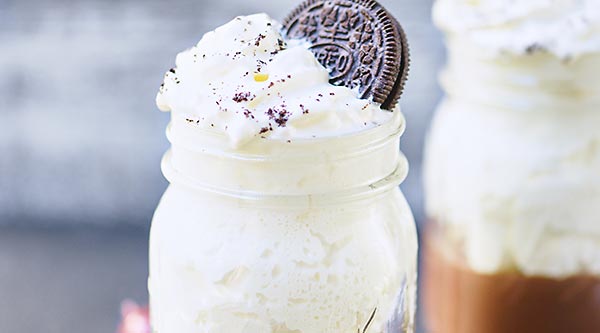 ** Whisking constantly and adding the ingredients in slowly will help prevent lumps, however, if you get lumps, run the mixture through a fine-mesh strainer. This will take a bit of elbow grease since it’s so thick! 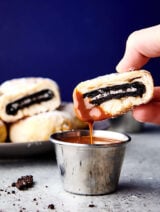 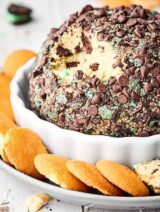 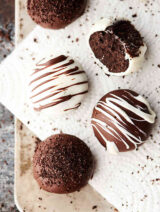 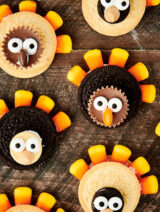 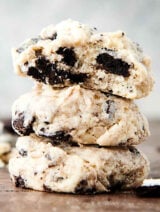 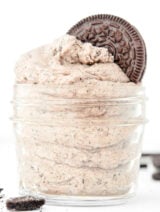