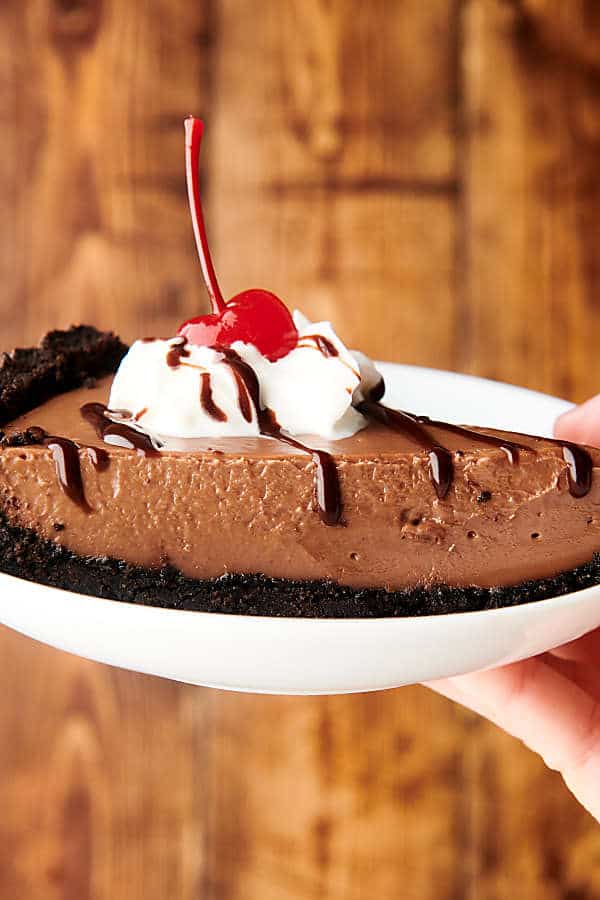 Pudding pie was the ONLY pie I would eat growing up. Store-bought cookie crust with boxed pudding?! Yes please! Today, I decided to kick things up a notch and make a homemade pudding with a homemade Oreo crust. It’s even better than I remember!

A four ingredient homemade cookie crust filled with an eight ingredient chocolate filling. This decadent dessert is surprisingly quick and easy to make!

JUMP TO RECIPE
Pro tip
I highly recommend serving the pie with whipped cream or cool whip (store-bought or homemade!). Either will help cut the richness of the pudding.

This ridiculously delicious chocolate pudding pie comes together in 30 minutes!

JUMP TO RECIPE
Pro tip
The pudding should be thick, but not too thick. If it’s too thick, it will separate from the crust. If it’s too thin, it will never set properly. You’ll know it’s done, when it coats the back of a metal spoon.

How long to chill the pie

You’ll be able to tell if it’s set if you give the pie dish a little shake and the filling jiggles slightly but isn’t runny.

How do you thicken chocolate pudding pie filling?

Cornstarch is what thickens the pudding. Cornstarch needs to boil, then chill for it to work. After boiling, the pudding mixture should be thick enough to coat the back of a spoon!

If your filling isn’t thickening like it should, try boiling the mixture for slightly longer or adding just a touch more cornstarch. Be careful with it. A little goes a long way! 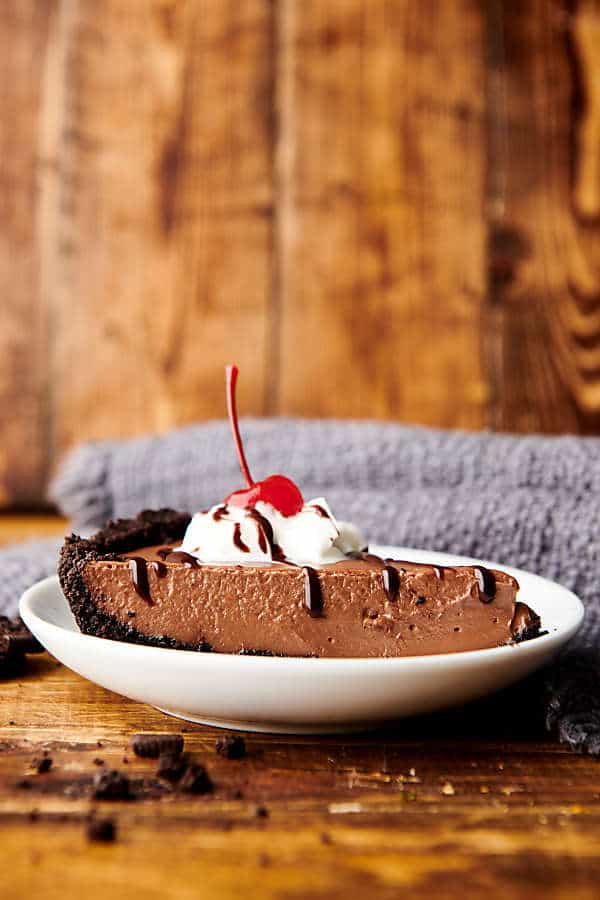 This homemade pudding pie will keep in an airtight container in the fridge for up to 2 days.

Can you freeze chocolate pudding pie?

Yes! Wrap tightly in saran wrap and tin foil or place in a freezer safe bag. Store for up to a month in the freezer.

To enjoy again, thaw in the fridge overnight.

Want to give your pudding pie a little flavor twist? Try my red wine chocolate pudding pie instead! 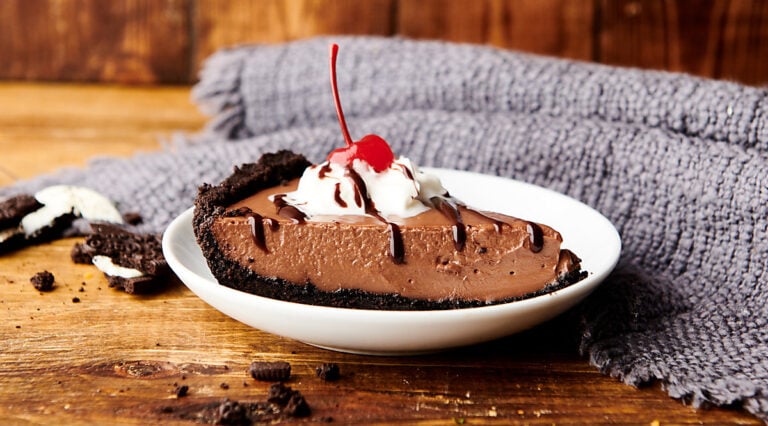 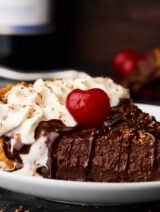 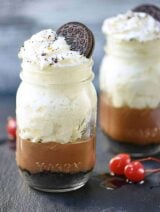 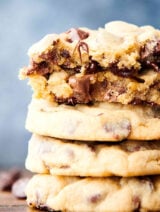 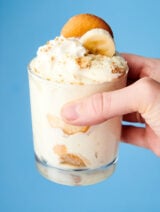 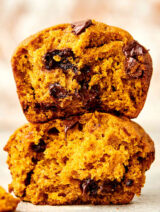 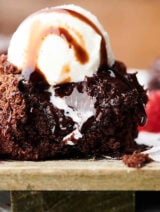