These Banana Bread Brownies are made up of gooey, chocolate-y brownies swirled together with sweet and moist banana bread. They’re so easy to make and so good! 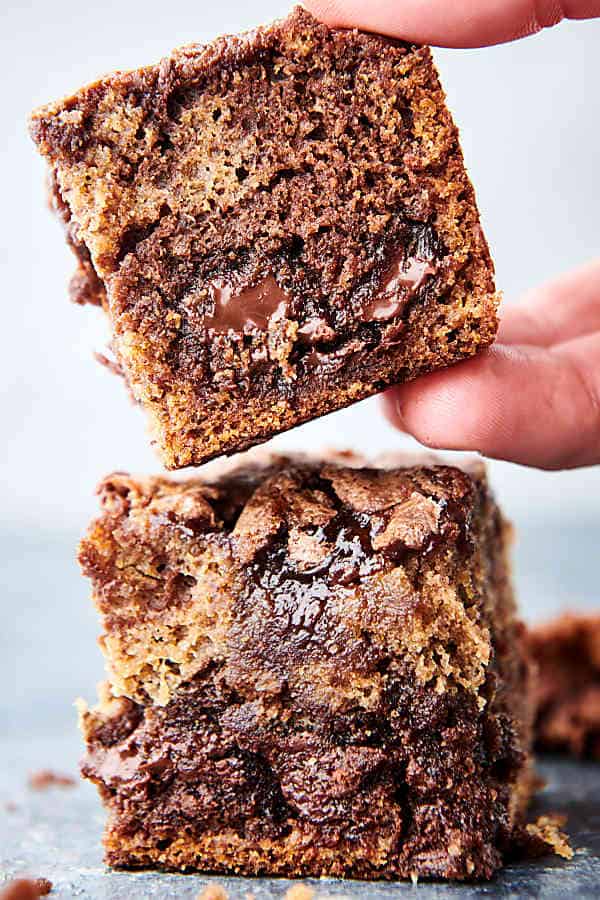 Banana bread is a classic…and you can never go wrong with a big batch of brownies. But what if I told you that you could have both in ONE dessert?!

What are banana bread brownies?

Banana bread batter and brownie batter are swirled together and then baked and the result is a delicious combination of both with so much sweetness and flavor.

Can you frost banana bread brownies?

Absolutely! These brownies are delicious unfrosted but you can’t go wrong with an added layer of creamy sweetness.

Why are my banana bread brownies dry?

If your brownies came out dry, you may have over-measured your flour.

I recommend spooning the flour into the measuring cup and leveling it off with your finger so you don’t end up with too much. 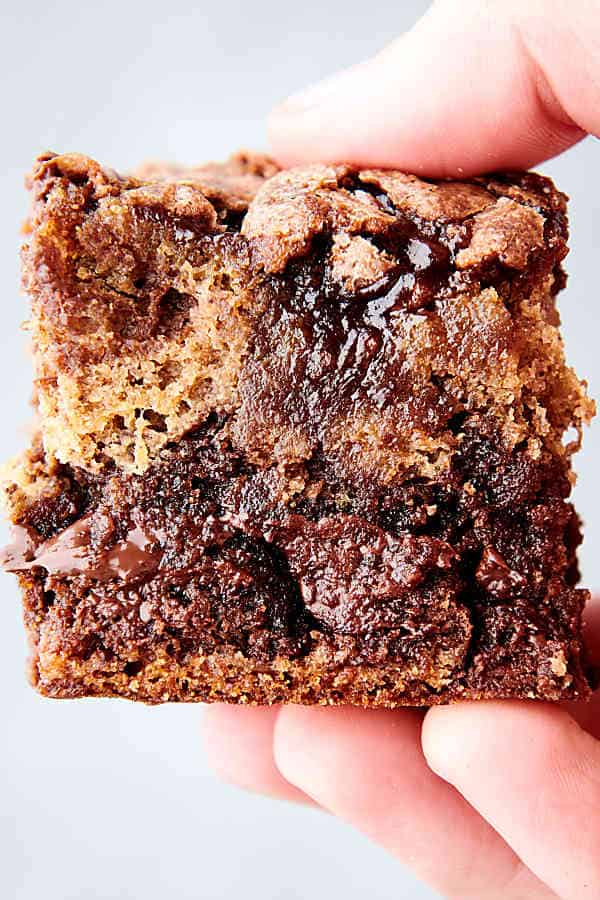 Leftovers will last in an airtight container for 1-2 days at room temperature, in the fridge for up to 4 days, or in the freezer for up to 3 months.

To enjoy again, microwave to warm. 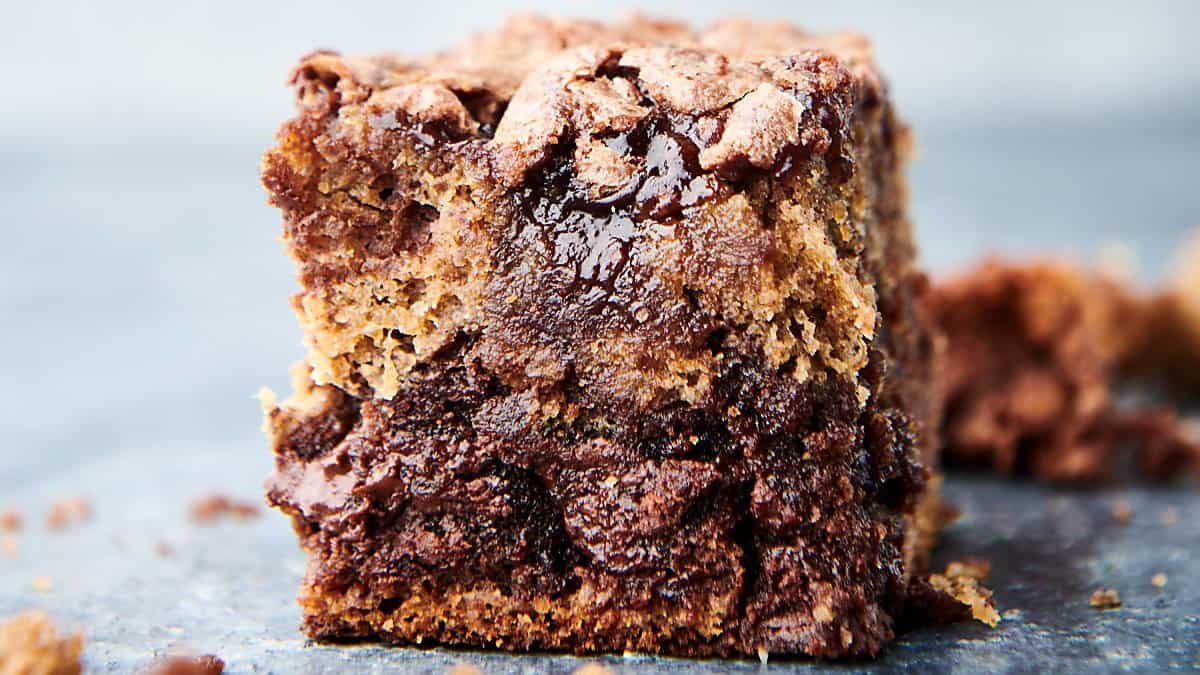 5 from 2 votes
These Banana Bread Brownies are made up of gooey, chocolate-y brownies swirled together with sweet and moist banana bread. They're so easy to make and so good!
Prep Time: 20 minutes
Cook Time: 1 hour
Yield: 9 brownies
Print Pin Rate Recipe 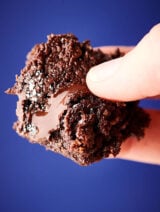 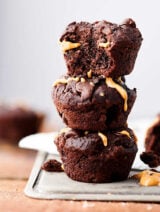 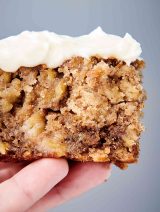 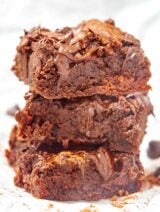 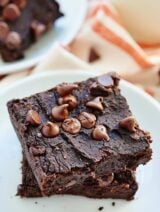 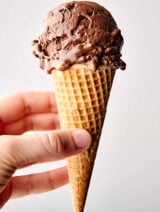