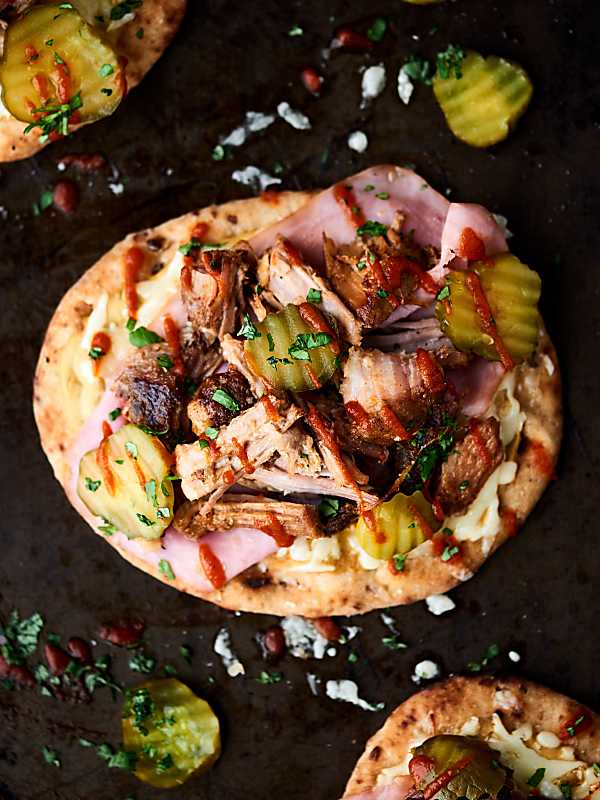 Today’s recipe is sponsored by our friends at Smithfield!

I took a classic sandwich and turned it into pizza . . . made with mini naans.

It’s the ultimate mash up!

Let me just say that Trevor went absolutely nuts for this recipe and I just know you will too! 🙂 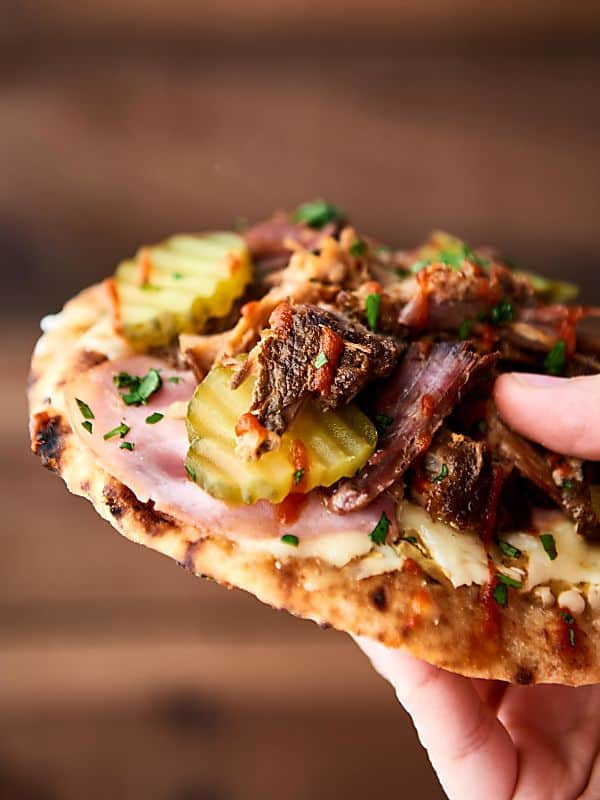 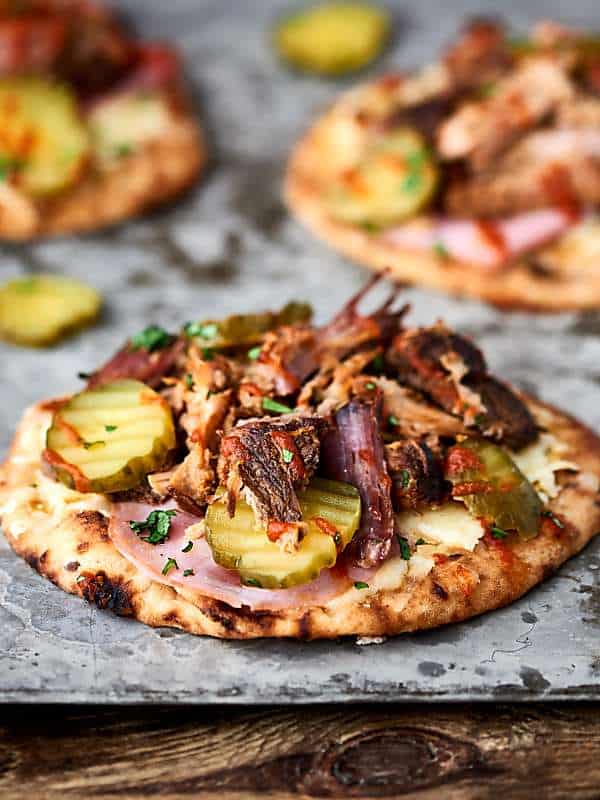 In case you missed it, here at Show Me the Yummy, we’re all about Easy Recipes for Yummy Food. 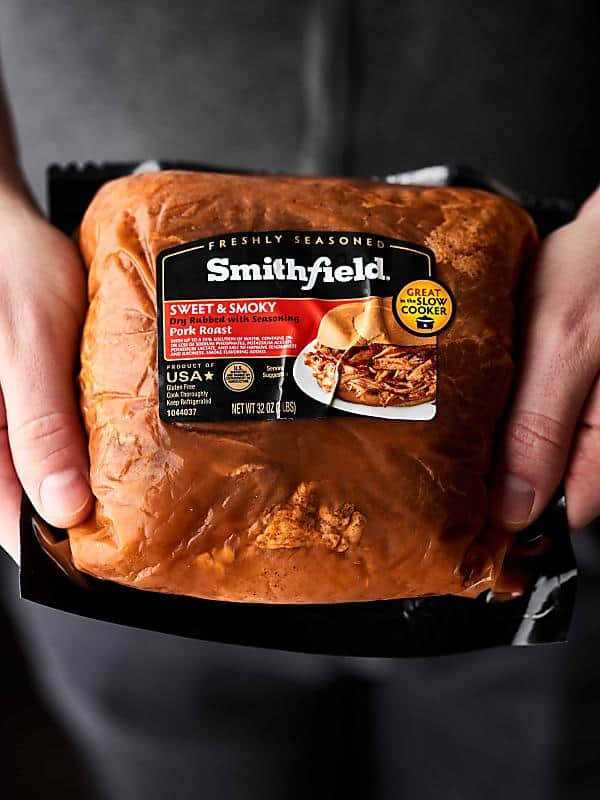 Not only is it SO tender, it’s delicious, it’s 100% fresh pork, it’s packed with protein, AND all you have to do is throw it in your slow cooker and go to work! #quickandeasydinnerwinning

Once you get home from work, you’re literally 10-15 minutes away from getting dinner on the table.

Like. We’re seriously obsessed with these. You can’t get easier than this and I just LOVE the combination of sweet and smoky pork, gooey cheese, fluffy naan, savory ham, and tangy pickles!

So what are you waiting for? 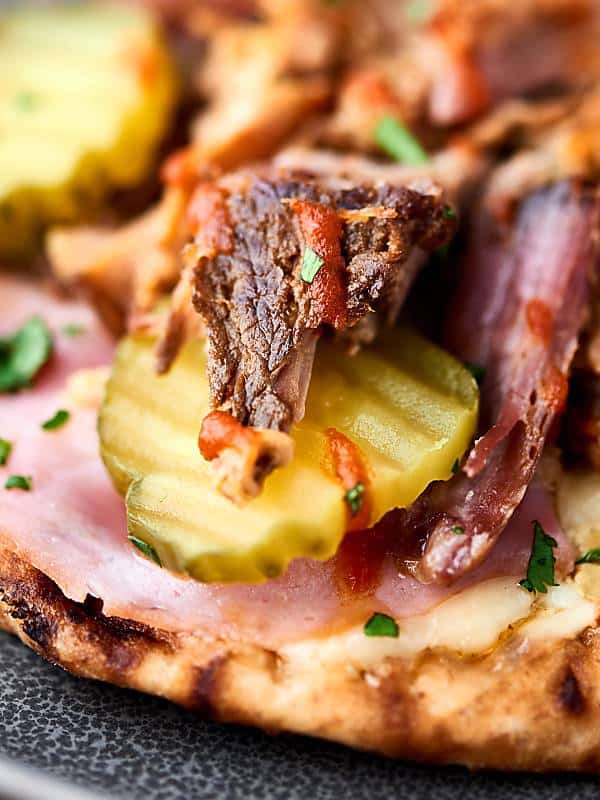 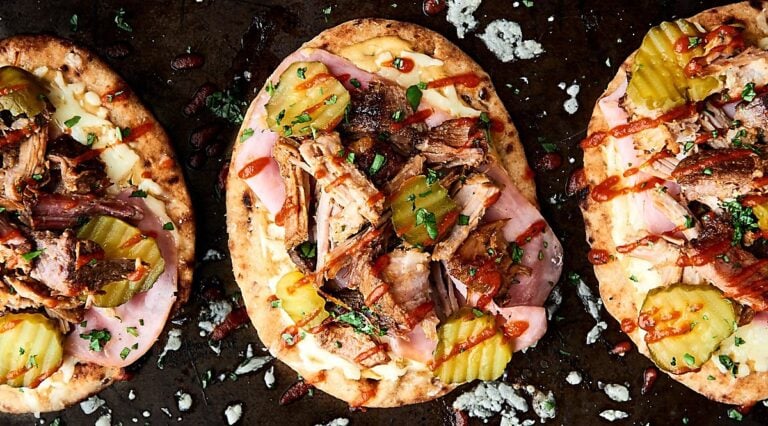 This recipe can EASILY be doubled, tripled, etc.  *The mini naan I found came in a 7.05 oz package and contained 4 mini naan. If your naan is bigger you'll need to adjust the amounts of all the other ingredients. 🙂 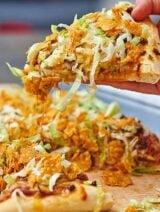 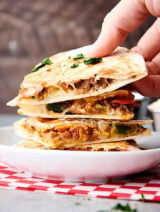 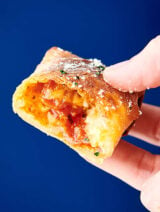 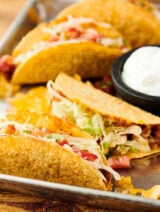 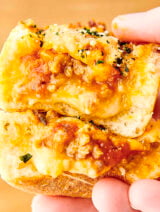 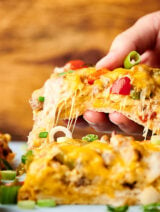