Summer Shandy Lemons Bars! The base is a simple shortbread crust. It’s rich, buttery, and perfectly sweet. The filling is a twist on a classic. It’s light, lemony, and the Summer Shandy comes through beautifully. 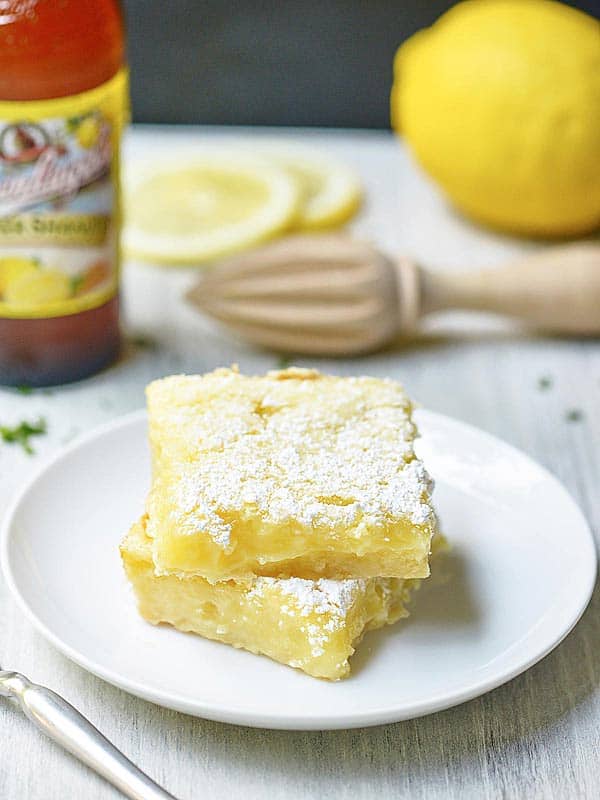 Soo last weekend, Trevor and I went to the grocery store together. Instead of going out for dinner on Saturday, we decided to stay in and make cheese wontons. We haven’t had them in forever and they were featured on Buzzfeed, so we started craving them again (ha!). We had our wonton supplies and then did a quick drive by the beer/wine section. Trevor and I used to be really good about trying new beers, but have kind of gotten in a beer rut lately. We know what we like and stick to it! 😉 This time, I was determined to try something new, but THEN I saw something that I haven’t had in a couple of years now…. Leinenkugel’s Summer Shandy!

It’s so light, refreshing, and I love the hint of lemon. I remember a couple of years ago, I had made lemony Summer Shandy cupcakes, and wanted to play around with making another lemon and beer filled dessert.

Lemon bars, of course! Orrrr…no? I hope so, because today, that’s just what I have for you: Summer Shandy Lemon Bars. 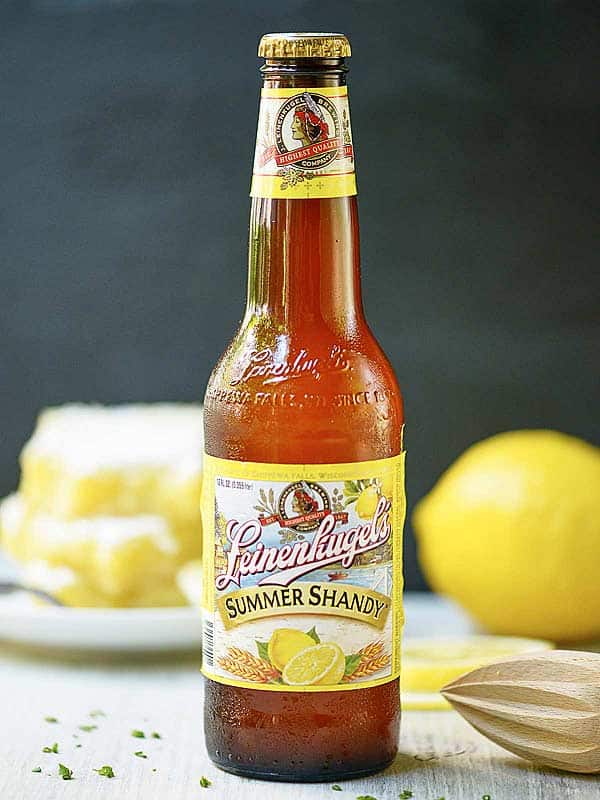 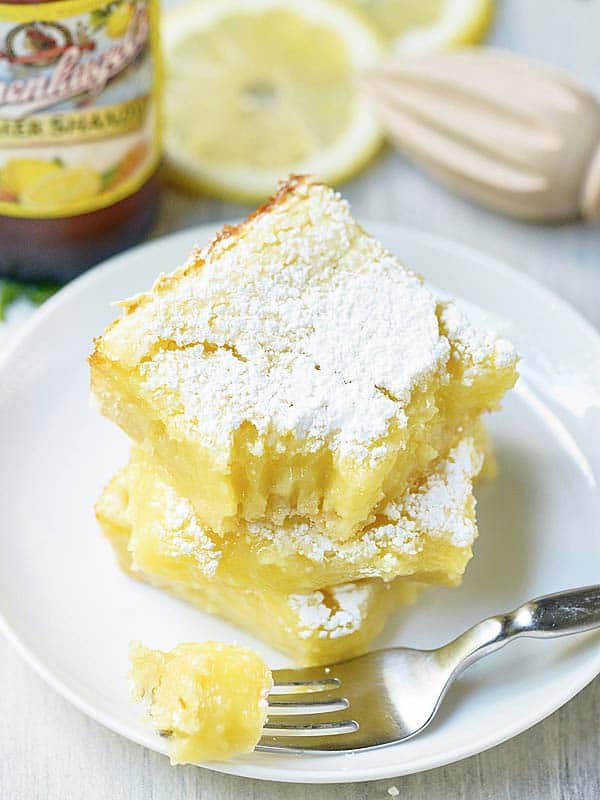 I just love the idea of “spiked” desserts. It makes them a little more grown up, and it adds a fun twist to old classics. I want to play around again with those beer cupcakes, and I love my tequila lime cheesecake bars… but focus, Jennifer, for now, we make Summer Shandy Lemon Bars.

To be honest, I’m definitely more of a chocolate dessert lover than a fruit dessert person, but as I’ve told you 1,000 times now, the weather in Seattle has been so gorgeous. And gorgeous weather calls for light, tart, lemony lemon bars. 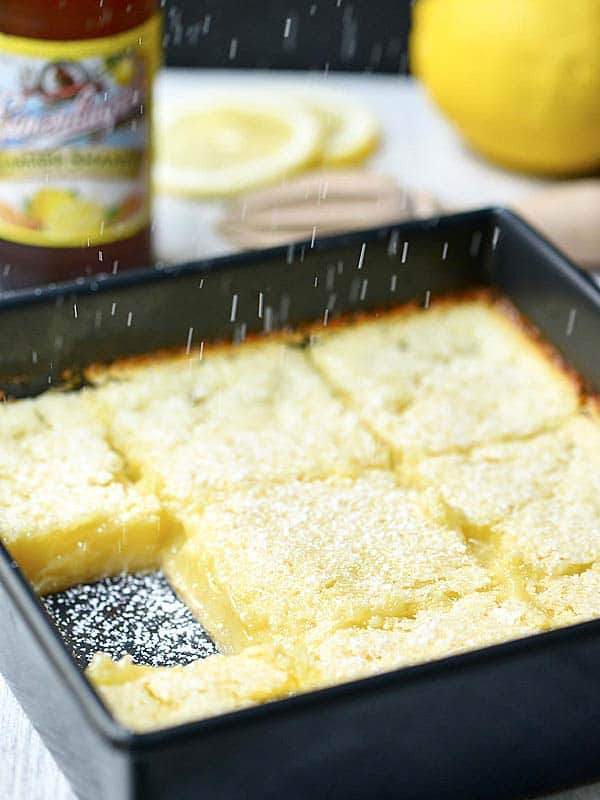 For some reason, every time I think of lemon bars, I think of the Conroy family: sweet, fun, amazing people. I remember one summer, when Trevor and I had first started dating, we went over there for a Fourth of July party. Tina, the mom, had made this really yummy cold orzo pasta salad with feta that I couldn’t get enough of and Lucy (one of 5!!! kids) had made these super delicious lemon bars. I had, of course, brought my One Bowl Brownies, but I think I actually spent more time with the lemon bars (gasp! say what?!).

It was such a fun day filled with games, grilling out, laughing, and oh yea, those lemon bars.

I’m not sure what recipe she used, but I had a basic idea of what I wanted to do with these Summer Shandy Lemon Bars. 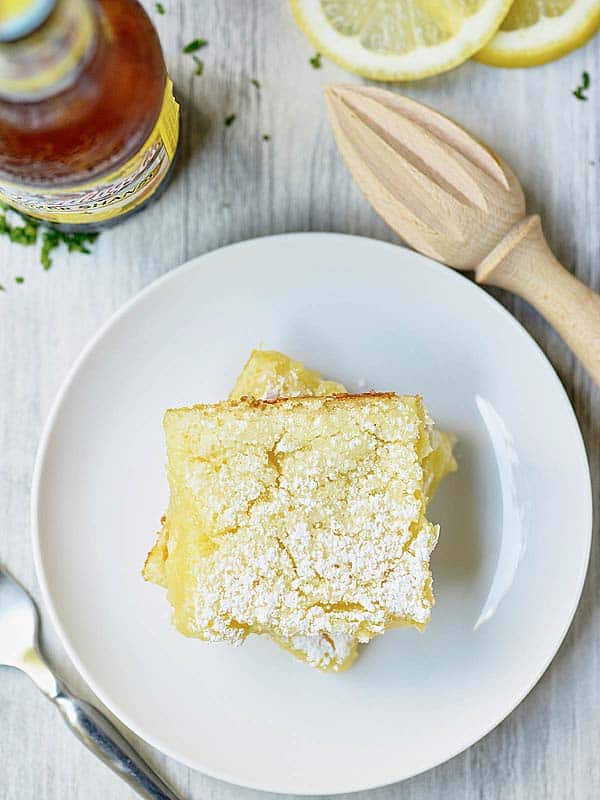 First up, the crust. Today, I made a simple shortbread type crust. It’s rich, buttery, and perfectly sweet. I’m usually not a crust person, but this crust – yummo.

Then there’s the filling. This filling is light, lemony, and the Summer Shandy comes through beautifully. It’s really subtle, so don’t be nervous…do it!

After I baked these Summer Shandy Lemon Bars, I let them cool on the counter and then placed them in the fridge overnight. This helps the filling set. Even after these chill overnight, the filling was still amazingly gooey…in like the best way possible.

These lemon bars aren’t a “firm” as some other lemon bars, but more of a cross between lemon bars and a gooey lemon pie.

But don’t just take my word for it, I sent some up to my neighbors and one of them said “Ummm…so those twice baked potatoes and lemon bars may have been some of the best food we’ve ever put in our mouths…”

Ha! If that doesn’t convince you to make these Summer Shandy Lemon Bars then I’m sure not what will! 😉 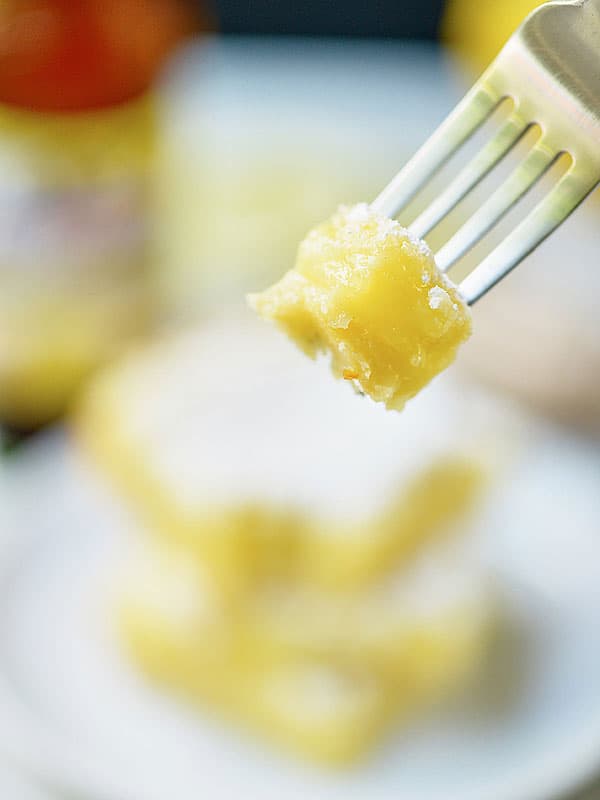 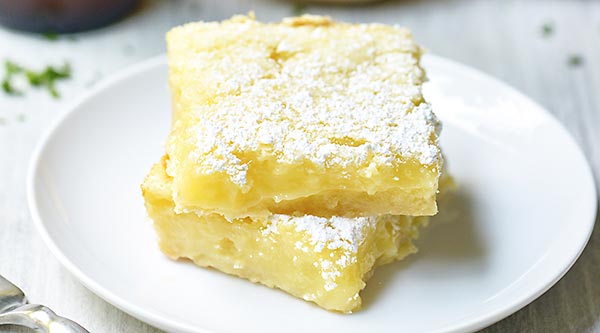 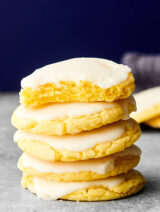 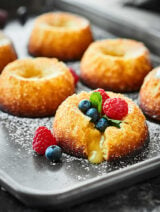 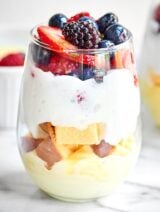 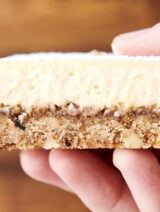 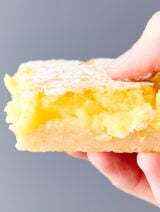 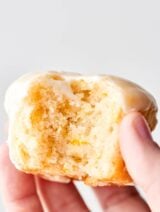