These Instant Pot French Dip Sandwiches are quick, easy, and absolutely mouth watering. Tender beef and melty cheese are piled onto crusty bread and dunked in a rich sauce! 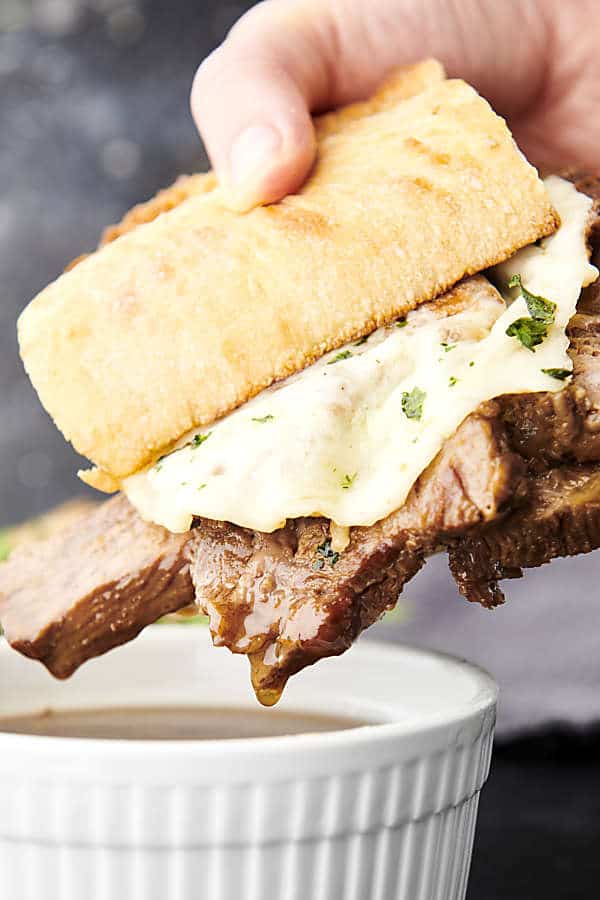 I absolutely love sandwiches and these instant pot french dip sandwiches are no exception. You just can’t beat tender beef, ooey-gooey cheese, crusty bread, and of course, a rich sauce for dunking!

What is a french dip?

A French dip sandwich, also known as a beef dip, is a hot sandwich with thinly sliced beef, cheese, and onions. The meat, cheese, and onions are piled onto a French roll or baguette, then toasted and served with a beef broth dipping sauce.

This recipe uses the Instant Pot to cook the beef, onions, and broth dipping sauce.

This hearty sandwich has a few surprise ingredients that takes the flavor to the next level!

JUMP TO RECIPE
Pro tip
If you need to keep this recipe free from alcohol, try additional beef broth, coca-cola, or root beer. The flavor won’t be as rich and may be slightly sweeter, but it will still be delicious!

French dips are typically made by slowly braising the beef in liquid (usually in the oven or slow cooker) — the Instant Pot greatly reduces the time that takes!

JUMP TO RECIPE
Pro tip
Don’t forget to serve the sauce on the side! Ladle the sauce into individual bowls, then allow people to dunk while eating. This softens the bread and adds a tremendous amount of flavor to the entire sandwich.

Most French dips are made with chuck roast (shoulder) or rump roast (hindquarters). Both are relatively affordable and great for braising — a combination-cooking method of pan searing followed by slow cooking in a liquid.

Chuck roast will be more tender and will create a richer dipping sauce, because it has a higher fat content.

Do you have to sear the meat first?

No, but it’s only 1 extra step and additional 10 minutes. Seared meat has more flavor and may be slightly more tender, but it’s not absolutely necessary to create great sandwiches!

Cooked beef is piled onto a french roll or baguette, topped with cheese, broiled, then served with a sauce for dunking.

What to serve with french dip

A French Dip goes great with fries, salads, fruit, and veggies! Here are some of my favorite sides: 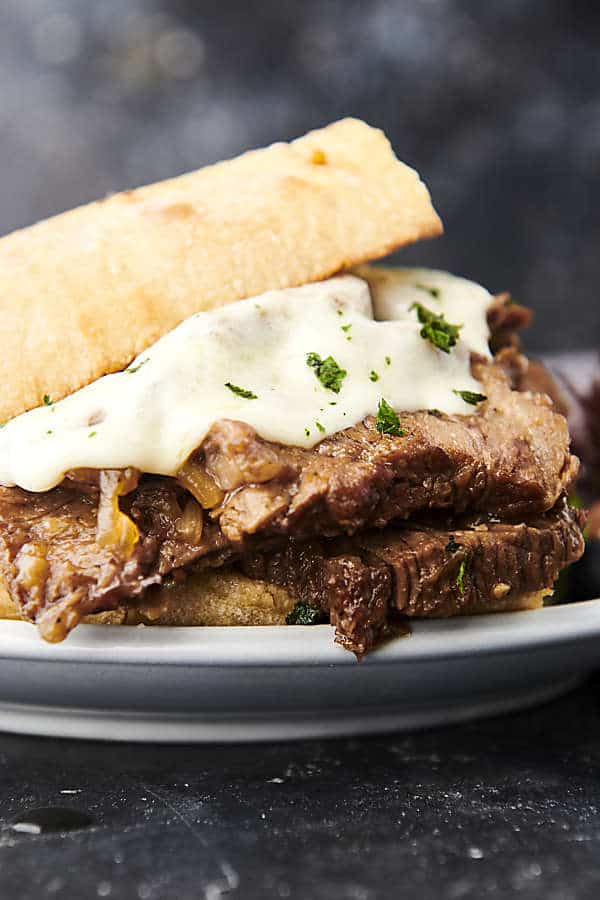 Leftover meat and sauce will last in an airtight container in the fridge for 3-4 days or in the freezer for 2-3 months. Store the cheese and bread separately.

To reheat: thaw in the fridge, if frozen, then simmer the meat/sauce on the stove or in the Instant Pot until warm. Assemble the sandwiches as directed and enjoy! 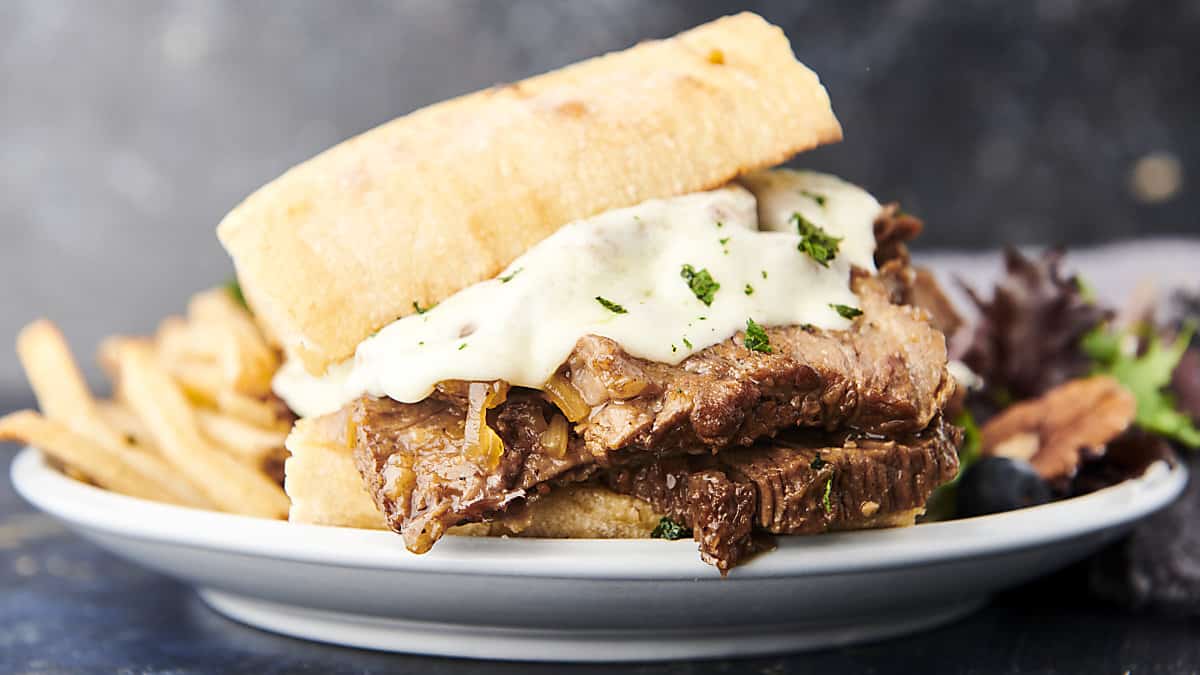 Rate This Recipe
STORING
Room Temp:N/A
Refrigerator:3-4 Days
Freezer:2-3 Months
Reheat:Thaw, if frozen, then heat in the IP or microwave to warm
*Storage times may vary based on temperature and conditions 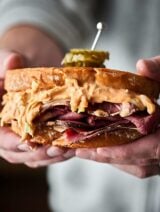 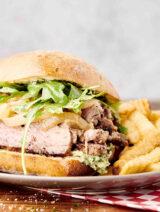 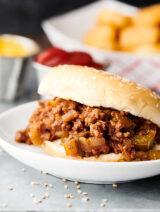 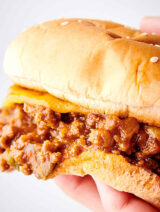 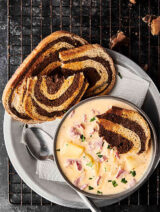 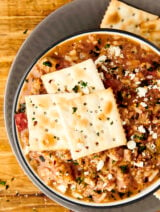