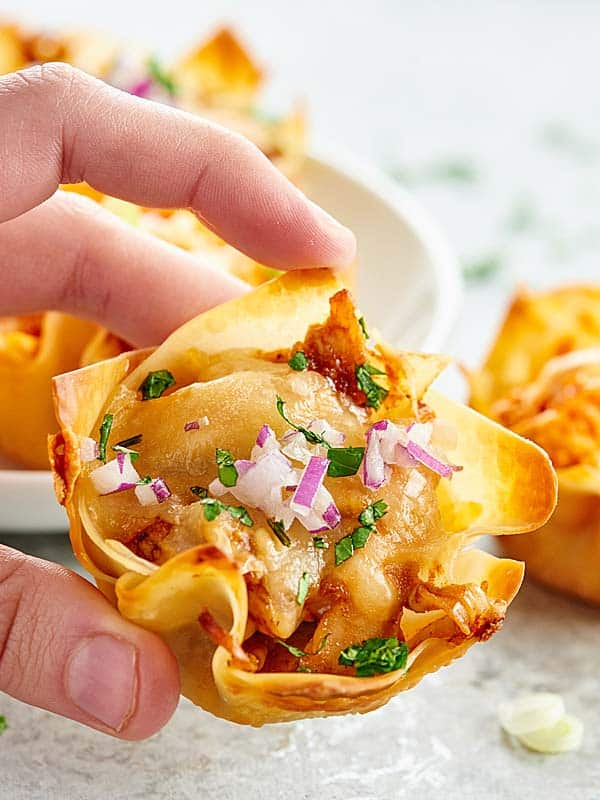 #1: Buffalo Chicken. For those who love their spice.

#2: BBQ Chicken. For those who want something a little more mild.

I love them both equally. You can choose to just make one flavor, but I mean, come on, how fun is it to have TWO different flavors? 🙂

These chicken wonton cups are perfect for March Madness <– if you’re into that kinda thing, but they’re also perfect for a fun snack/appetizer to bring to a party, or even as a lighter meal option! 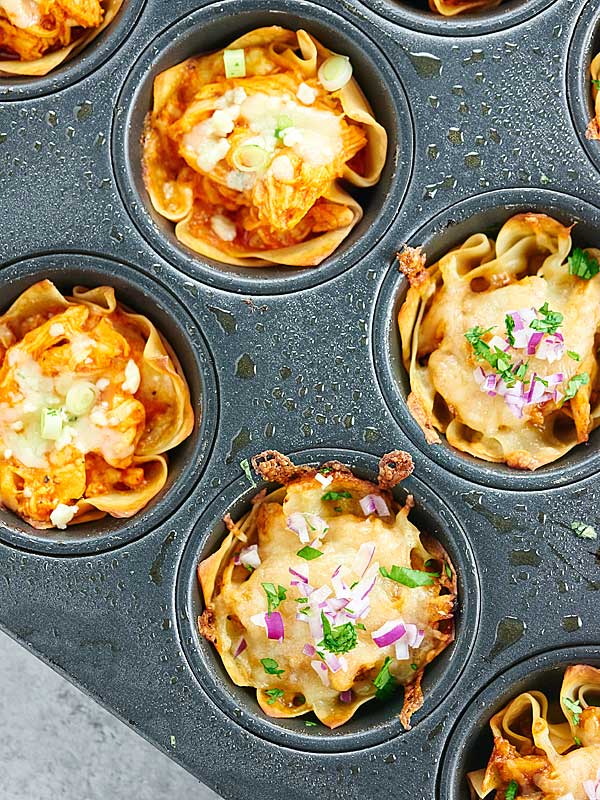 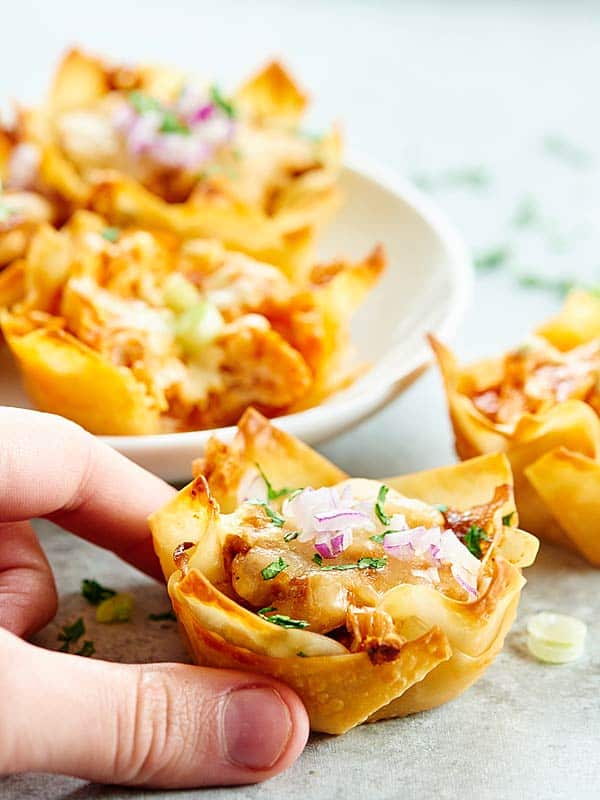 Soooo…. I originally made these Buffalo/BBQ Chicken Wonton Cups for the Super Bowl.

Then I had leftovers, so I made them again for The Bachelor, which was the next day.

Then I the next day was Fixer Upper, and I mean, come on, you HAVE to have snacks for Fixer Upper. . . so I made them again.

THREE days in a row. That’s how much I love these.

I love these Chicken Wonton Cups because A, they’re easy & B, they taste good.

What’s not to love about that? 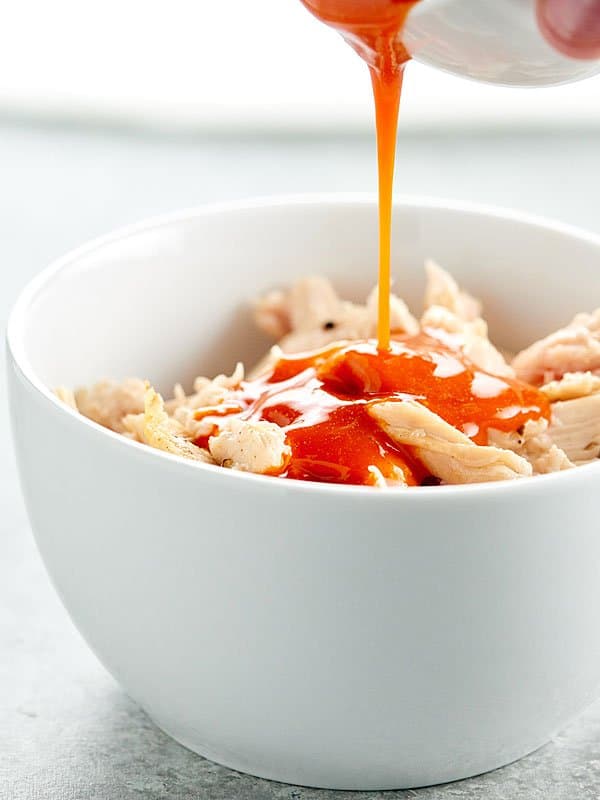 Here’s what you’re gonna do: 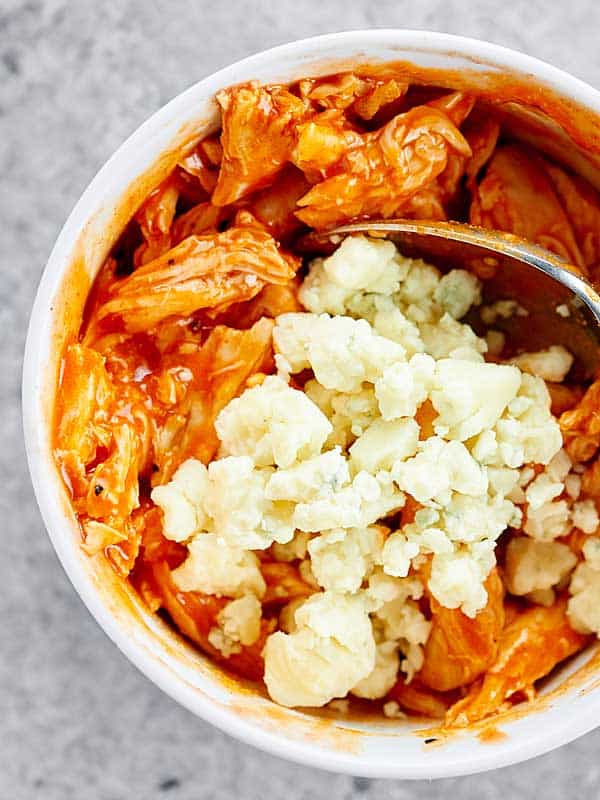 Top with buffalo with more blue cheese and top the bbq with monterey jack.

All that’s left is to seriously STUFF.YOUR.FACE.

I’m not kidding, that’s what I did Sunday, Monday, and Tuesday night and you know what? I’m not the sliiiiightest bit embarrassed.

Nope, because these Chicken Wonton Cups are too.darn.good. 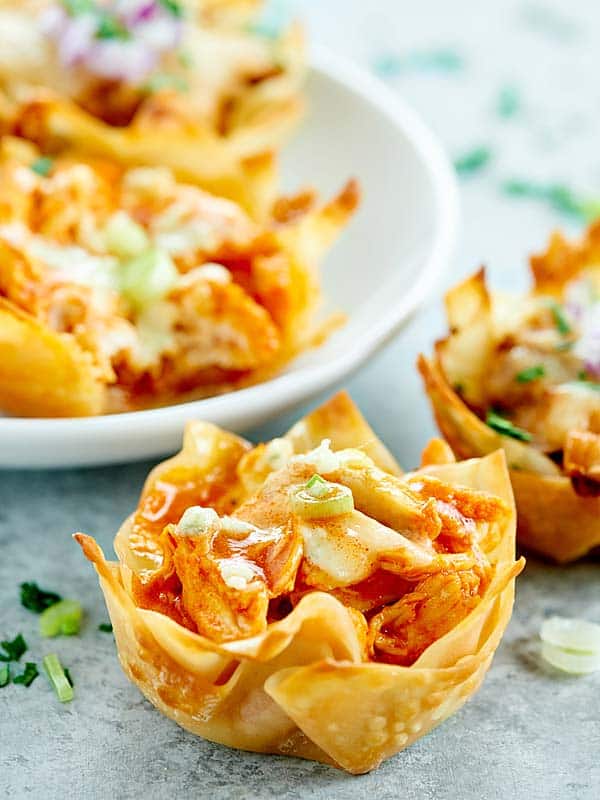 UGH! Bring it on March Madness, I’m ready to get my snack on!

What are your favorite snacks? I want to make them all! Show me the yummy! 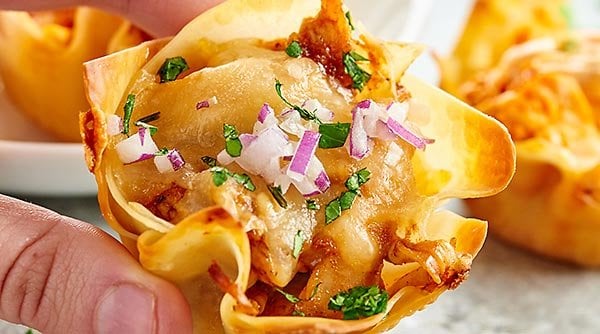 Assemble Watch the video above for best visual instructions.

*You can use rotisserie chicken, OR to cook your own chicken: Preheat oven to 425 degrees F. Take 2 chicken breasts (should equal 1 pound) and place on a lined baking sheet. Drizzle with olive oil, salt, and pepper. Bake for 20 minutes or until chicken is cooked through. Cool slightly and shred with two forks. 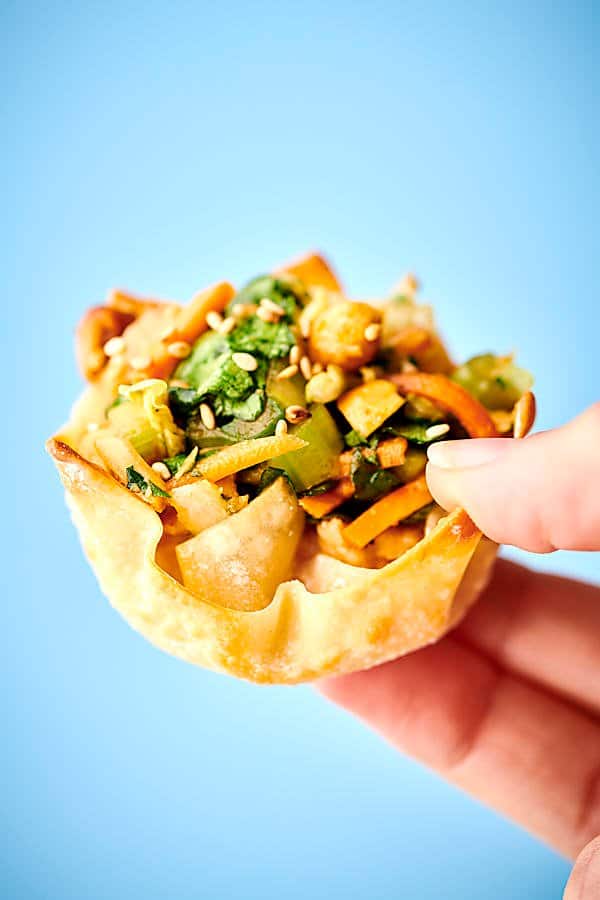 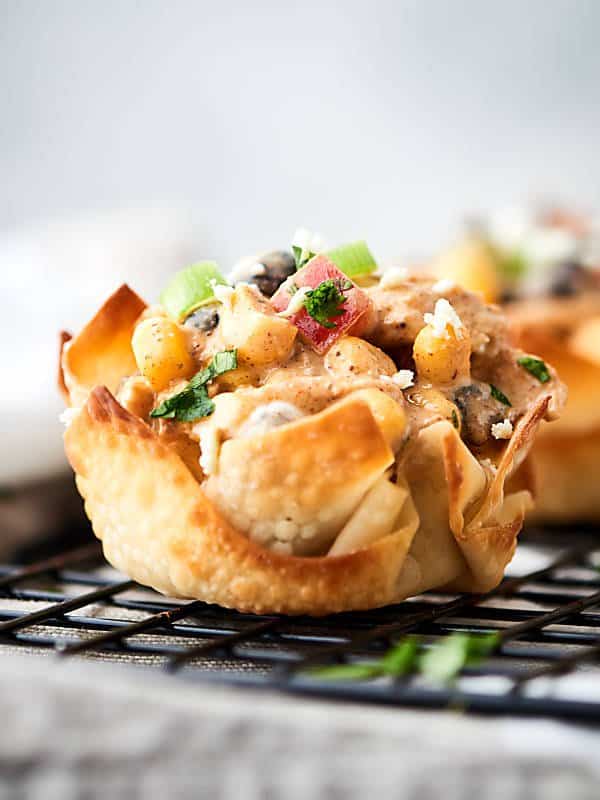 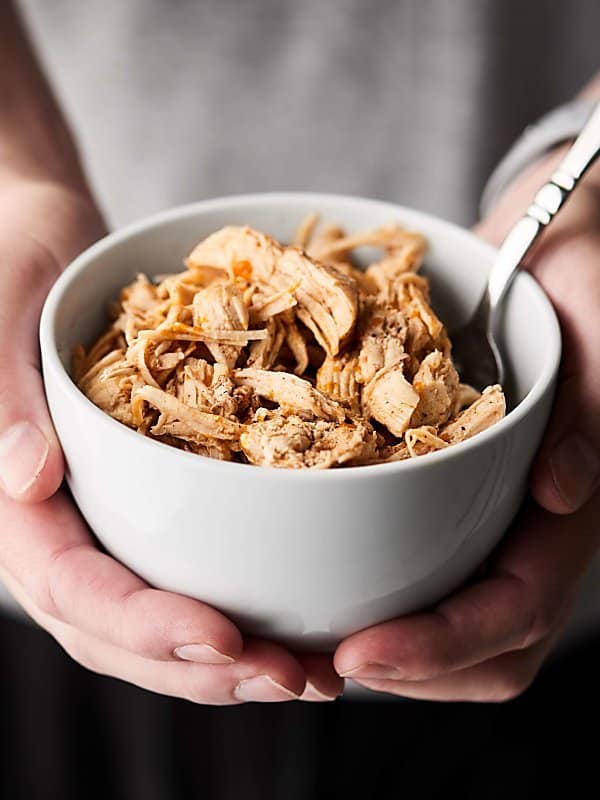 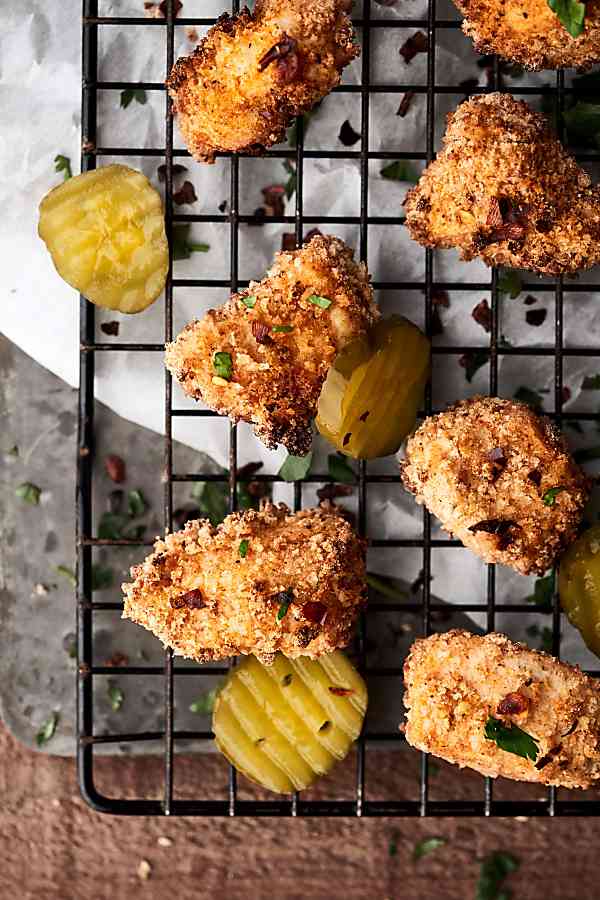 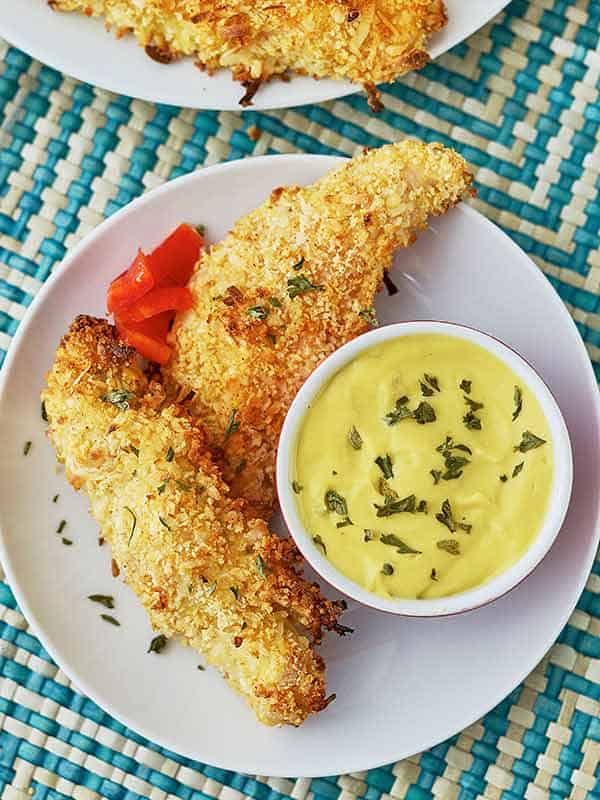 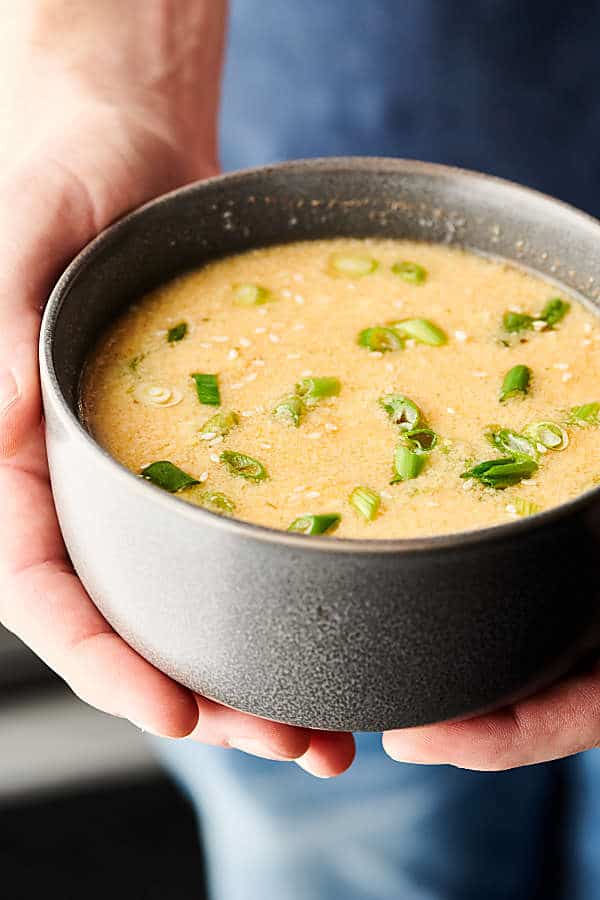