Chicken Salad Recipe
Related Recipes on Show Me the Yummy 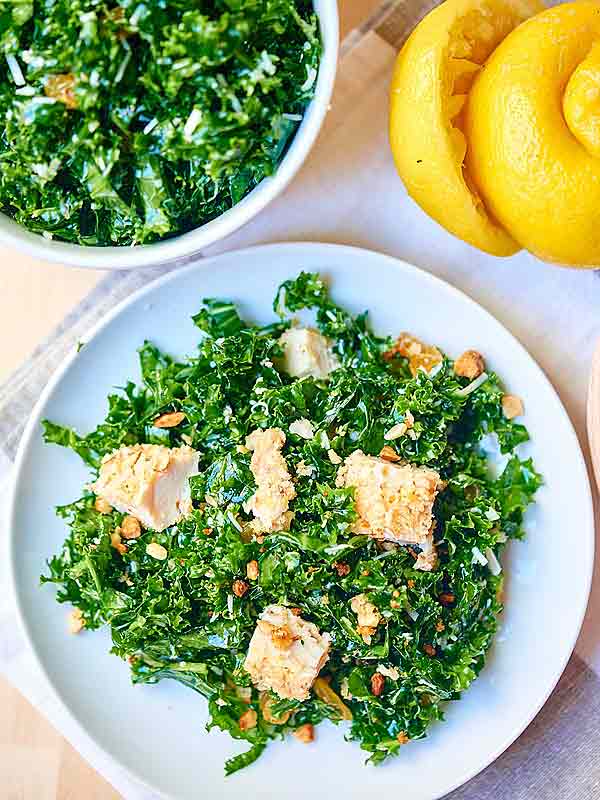 Whoa. This past weekend was a whirlwind of wonderfulness. Monday morning I woke up exhausted (even though I went to bed at 8 PM Sunday night and woke up at 7 AM Monday), but so happy. This past weekend one of my very best friends, Emily, got married! I’ve known Emily since I was 2 and we’ve been pretty inseparable ever since. 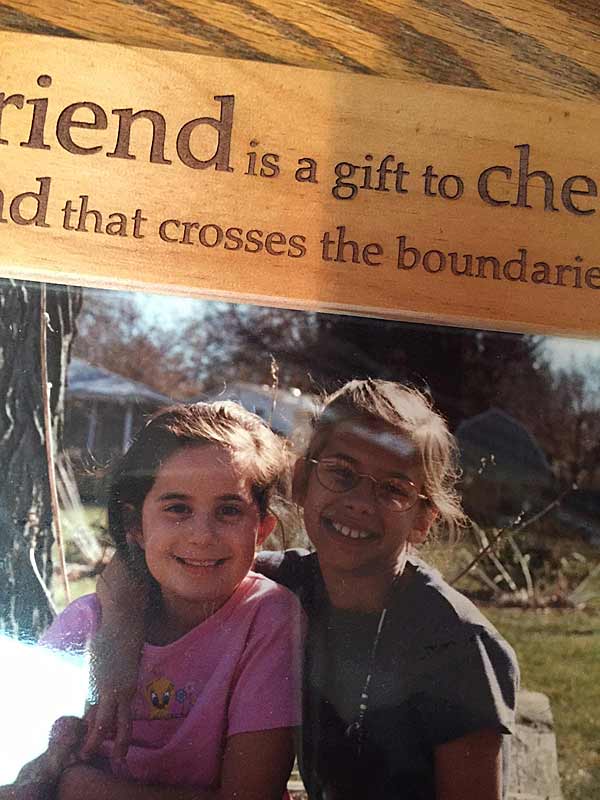 It was really special to see her get married. And yes. I did cry immediately as I saw her walking down the aisle. I’m such a sucker for love. 😉

Along with enjoying seeing Emily get married, Trevor and I also enjoyed waaaaaay too much food. We had Zombie Burger…I definitely need to recreate one of their burgers, plenty of Mexican food, and of course, really delicious food at the wedding: caesar salad, a full pasta bar (you know my carby loving self went nuts over that), bread, and the best vanilla cupcake I’ve ever had.

Oh yea, and then on Sunday night once Trevor and I got back home and reunited with this little nugget, we ordered Indian food, because…well…you know. It was a long travel day and I couldn’t keep my eyes open long enough to do anything other than order delivery.

That being said, Monday night I was seriously craving something healthy and delicious. I’ve been on kind of a kale kick lately, so I decided to whip up some kale salad with baked almond chicken. Although this isn’t an artery clogging recipe, it is definitely just as delicious! 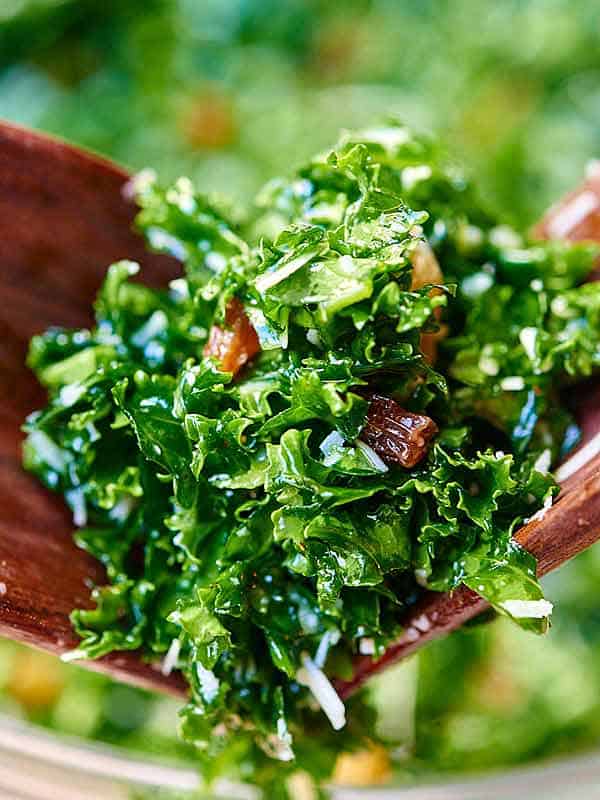 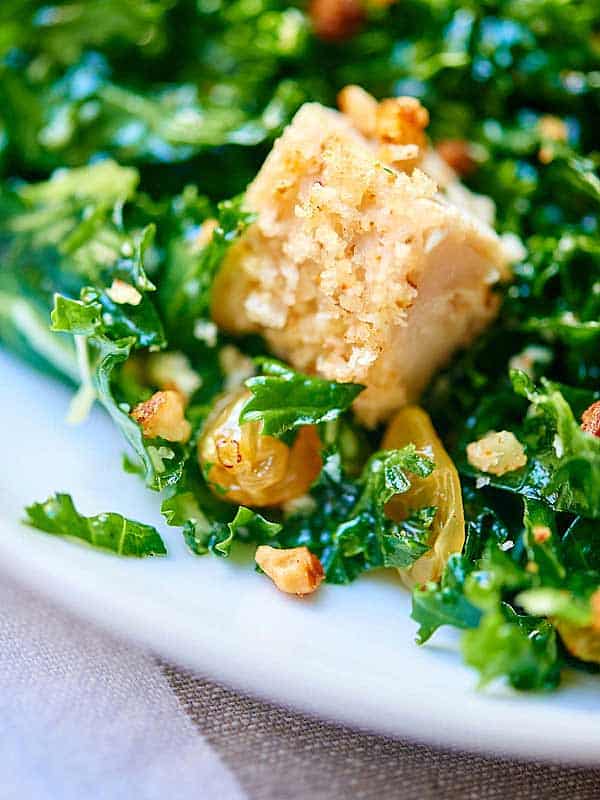 I’ve actually made this salad before, but I made it like 3 years ago after I ate at Barbuto and literally had the best salad I’ve ever tasted. I mean, I liked salad, but I never thought I could love salad. But as it turns out, I do. I loved this salad so much that I had to recreate it at home ASAP.

So I did and added some chicken so I could make a meal out of it and I fell in love all over again. Then I forgot all about it, until Trevor and I were reminiscing a few days ago about our NY trip, and I remembered that I had had the best salad in the world. 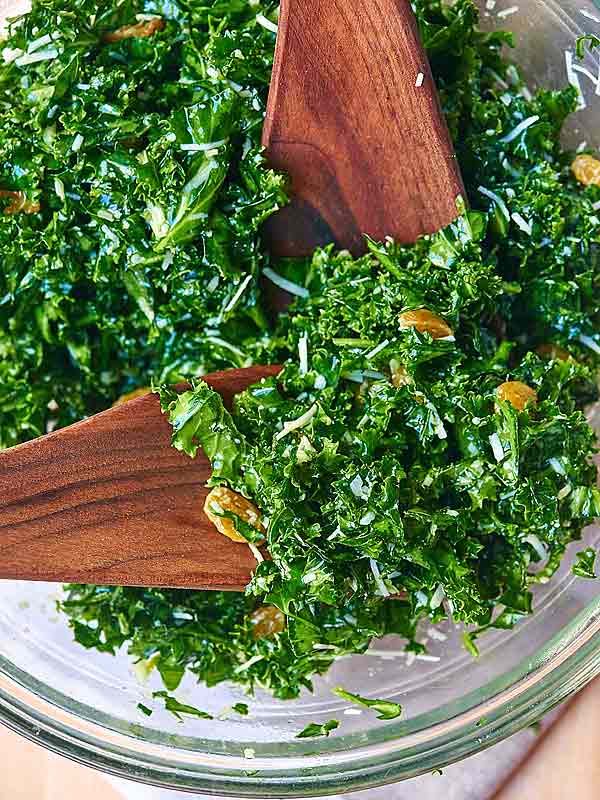 And here we are. Now you guys get to enjoy my favorite kale salad with baked almond chicken, too!

It’s such a simple salad, but it’s packed with so many healthy, tasty, and fresh ingredients. 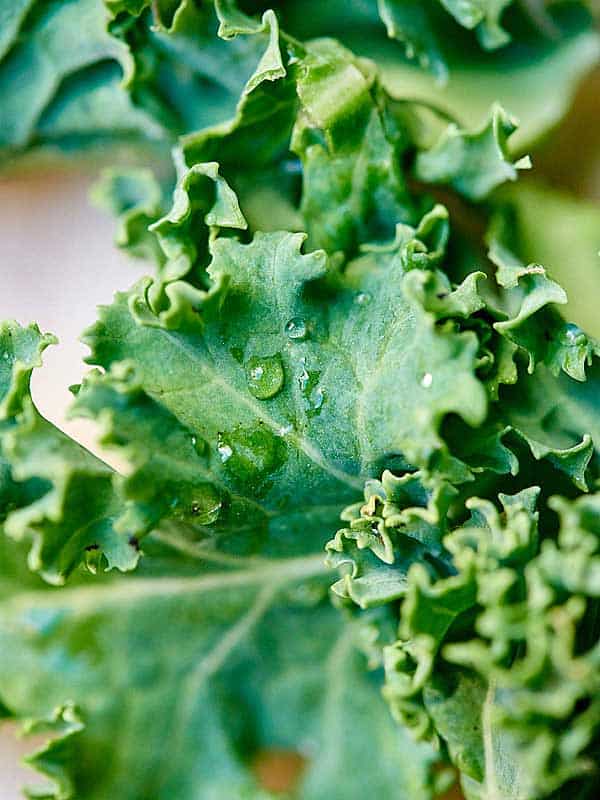 . Once the kale is dry, I take a handful and slice it nice and thin with my knife. Place the sliced kale in a bowl and repeat with the remaining kale.

It sounds so silly, but massaging the kale makes it so much more enjoyable to chew! Have you ever had raw, un-massaged kale? Once, when I used to be a nanny, I saw my 6 year old eating raw kale out of the fridge. I thought, if a 6 year old can like it, then I surely can too.

Wrong. So. So. Wrong. It was so tough that I had to secretly spit it out in the garbage can when she wasn’t looking.

That’s why we massage the kale. Massaging the kale breaks down the tough cellulose structure. All you have to do is pour my dressing over the thinly sliced kale and use your hands to literally massage it. Take a handful of kale and rub it between your fingers. The kale with shrink in size, darken, and soften. 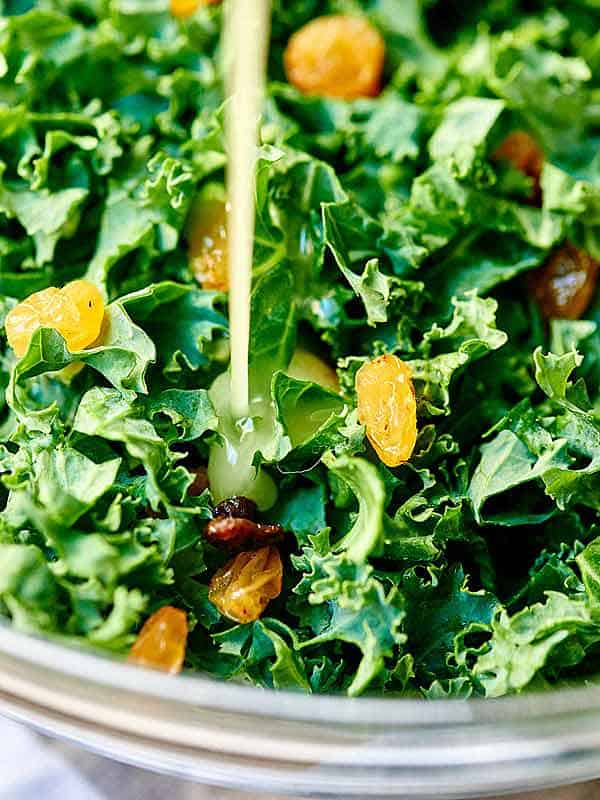 This step isn’t necessary, but I like to do this, so the kale gets extra tender. You can taste test after you’ve massage the kale and make that call for yourself. This salad is great after sitting for 15 minutes, but I also think the texture is really nice the next day! Once the kale has had time to sit, mix in a little pecorino romano – seriously takes this salad over the edge – golden raisins, and chicken.

Oh yea. That chicken. Let’s talk about that chicken, because IT. IS. GOOOOOD. 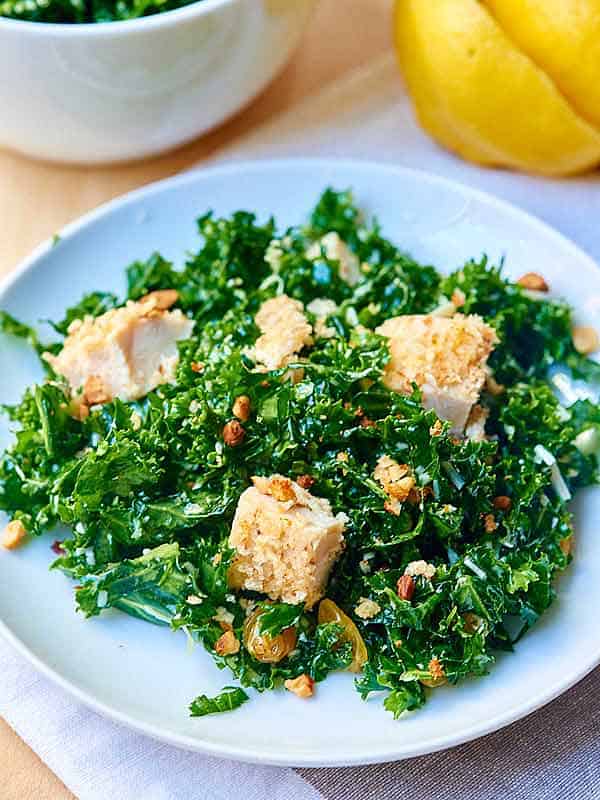 I could eat this kale salad with baked almond chicken every day for lunch and never get sick of it. It’s so full of fun textures and flavors like salty pecorino romano, chewy golden raisins, bright lemon, and of course, kale and crunchy/juicy almond chicken.

This kale salad with baked almond chicken totally negated all the burgers, Mexican food, pasta, cupcakes, and Indian food I ate this past weekend. That’s how it works, right?

How do you prepare kale? Show me the yummy! 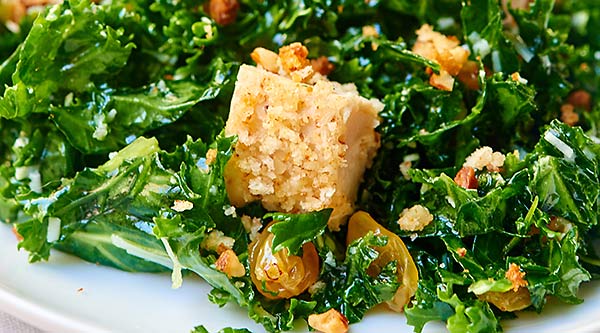 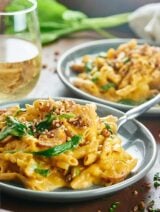 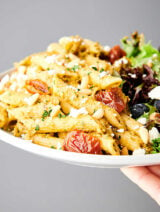 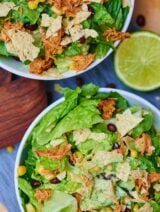 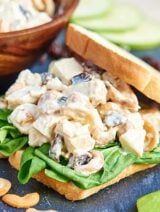 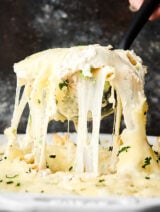 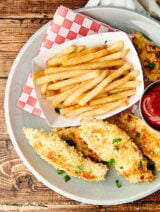