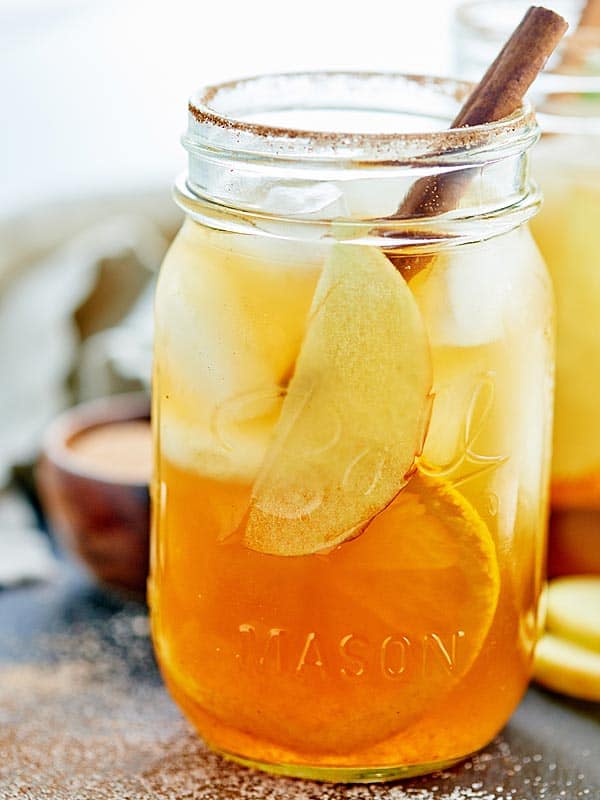 Happy Friday, guys! It’s no secret that I <3 sangria. I made my Watermelon Sangria 4 times this past summer over the course of only a month.

Now that summer is officially over, I need to get my sangria fix in a less summery, more fall-y way: enter –> Fall Sangria.

It has all your favorite fall flavors: maple, cinnamon, apple, pear in one cute little cocktail. Make a batch (or two) this weekend and be oh so happy you did. 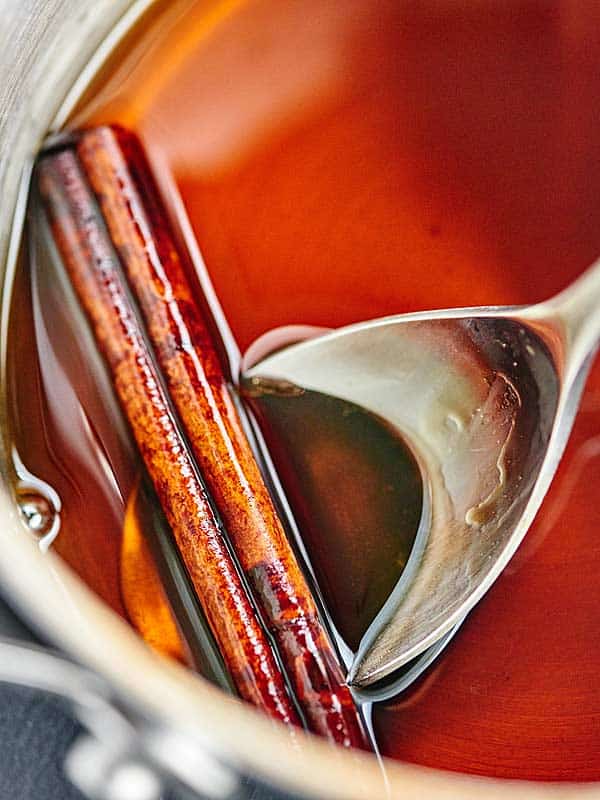 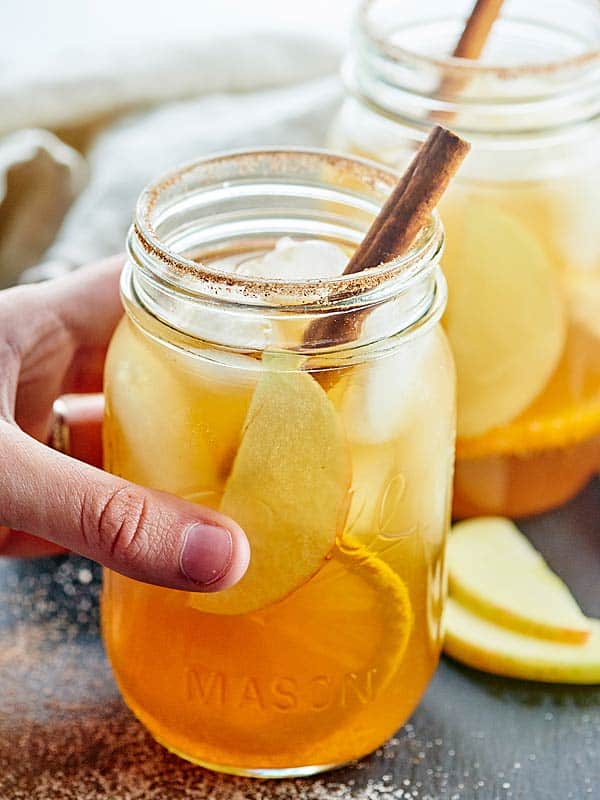 I love this fall sangria for two reasons:

1. It’s super easy to make. You know I loooove me an easy cocktail recipe.

2. Make it once and you’ve got 4-6 servings (depends on who’s pouring, amiright? 😉 ) Which means, you’re either set for the night, or you can host a little party and have drinks ready before people arrive!

This fall sangria is easy, but it also can be made ahead of time and it starts with the simple syrup.

Basically you take water and maple syrup and infuse a cinnamon stick into it for about 10 minutes and stir in some vanilla. That’s it! Ridiculously easy and ridiculously tasty. 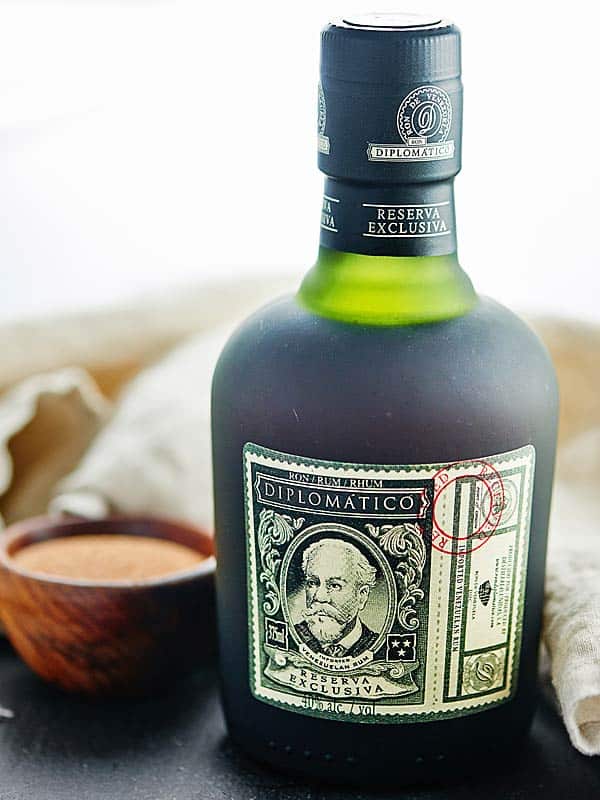 After that, you’re pretty much just dumping stuff into a pitcher: Pinot Grigio, rum (<– we were generously gifted with this Diplomatico Reserva Exlusiva and it’s yum) , orange juice, and fruit! 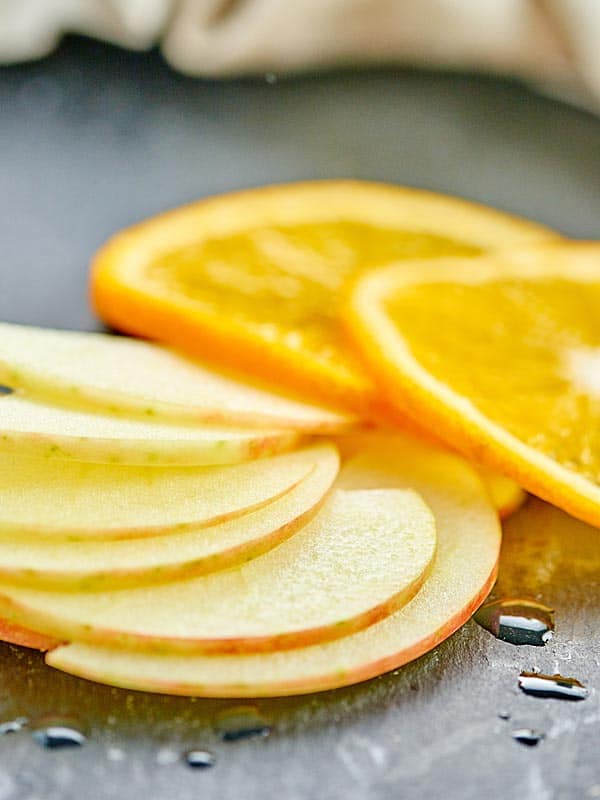 This fall sangria definitely tastes best after it’s had a chance to sit in the fridge for a bit, so make this the night before!

To serve, find some cute mason jars (because I’m still obsessed….are they still cool? 😉 ) and dip the rims in cinnamon/sugar…because

2. You can never have too much sugar

Then fill the glasses with ice, pour in the sangria, garnish with some fruit, and top with my very favorite thing in the whole world: ginger beer.

I. Love. Ginger. Beer. One of the first cocktails I ever had – and liked – was a Dark n’ Stormy. One sip and I was hooked. I just love the spice and fizziness the ginger beer gives this fall sangria. 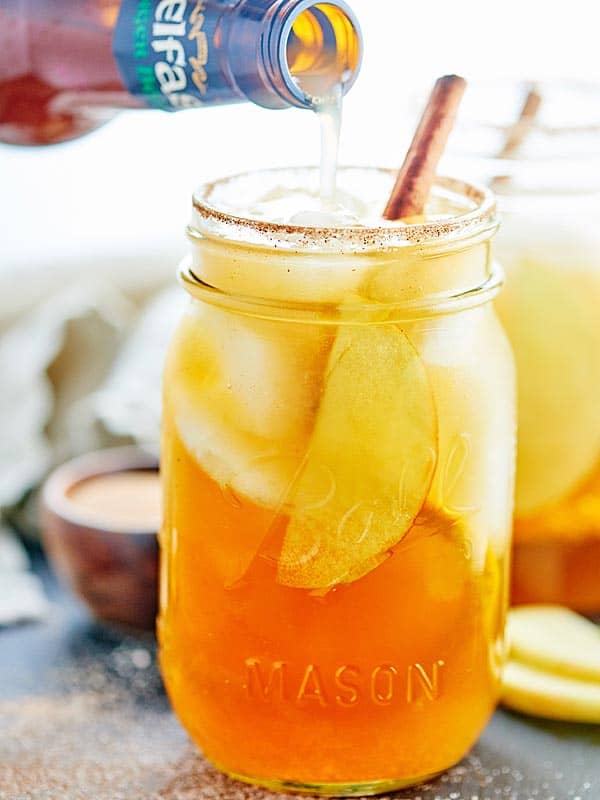 Who doesn’t love a good cocktail on a Friday? You might also want to check out: 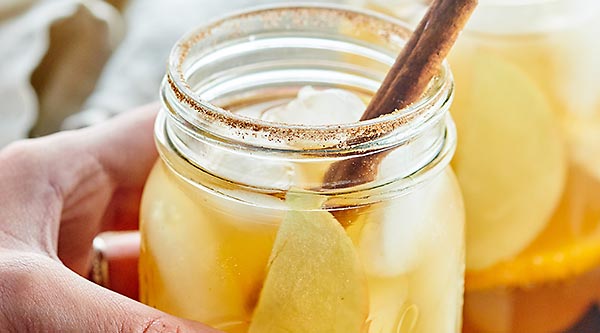 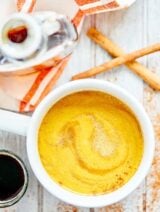 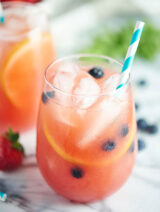 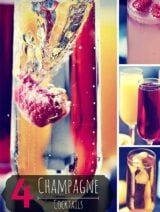 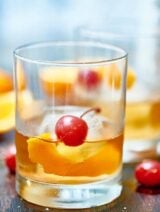 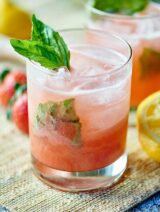