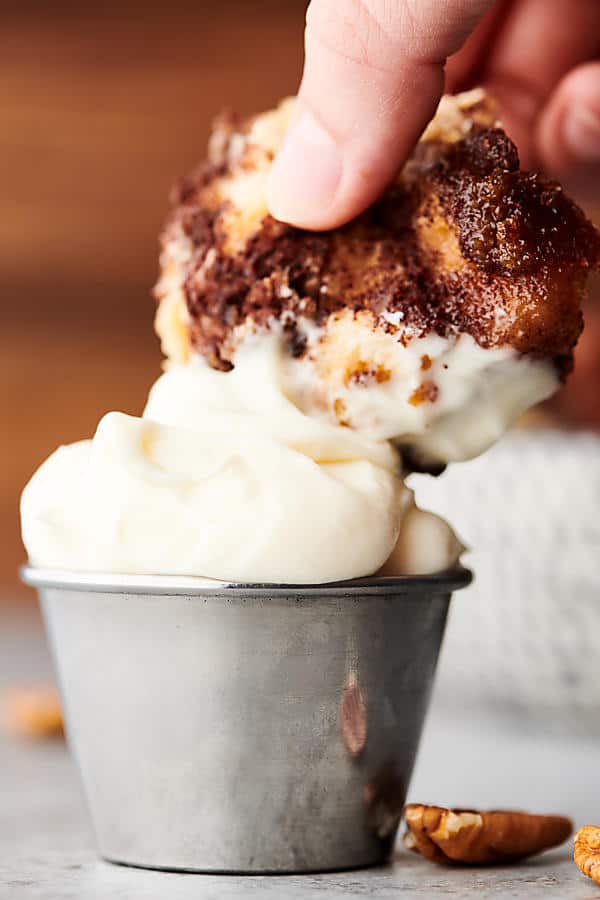 The holiday season isn’t just about cookies, although trust me, we eat plenty of cookies over here at Show Me the Yummy headquarters. The holiday season is also about breakfast and brunch! There’s just something about waking up early – or let’s be real, sleeping in late – and waking up to frost on the ground and the smell of baked goods wafting throughout the house.

Since my family is big on tradition, I can’t remember a year we didn’t celebrate Christmas morning without cinnamon rolls, but because we’re Show Me the Yummy: Easy Recipes for Yummy Food, today, I’m making cinnamon rolls even easier by making this crock pot cinnamon roll casserole. 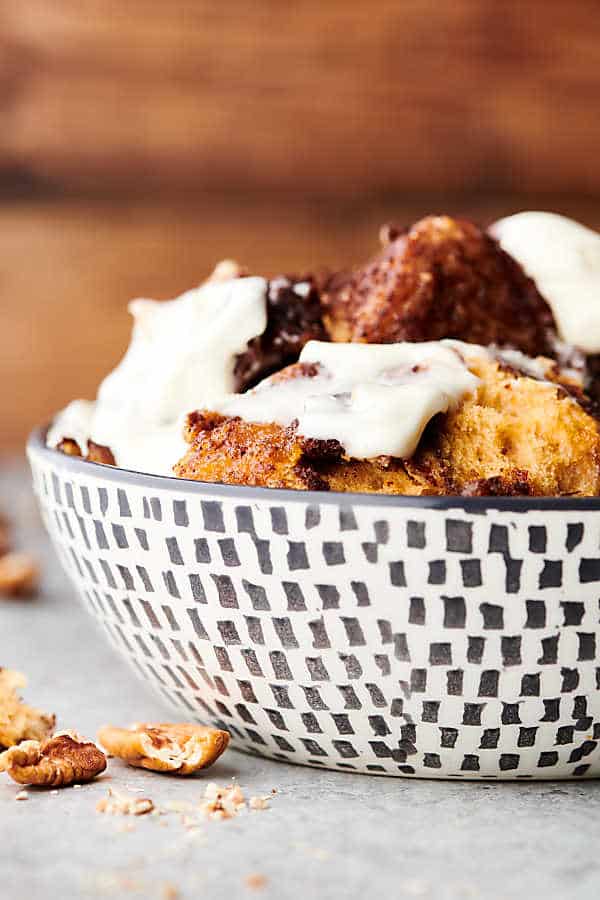 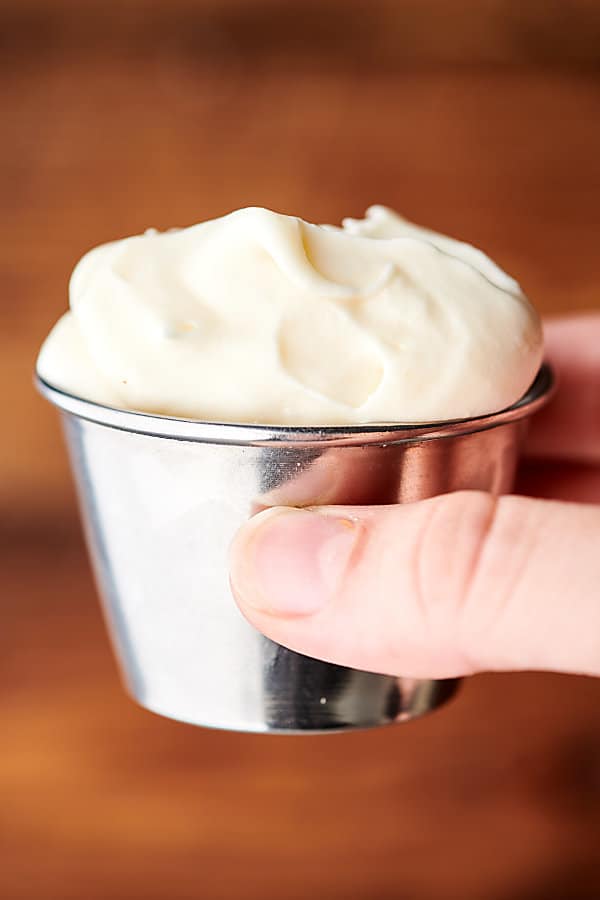 This cinnamon roll casserole has all your favorite cinnamon roll textures and flavors without all the work. If that’s not a win win, then I don’t know what is! The combination of buttery biscuits mixed with sweet brown sugar, cozy cinnamon, vanilla, and of course, a homemade cream cheese frosting is a classic for a reason . . . YUM.

Even though this recipe has quite a few ingredients, it’s very quick and easy to whip up, making it perfect for a cozy weekend brunch. If you’d like, you can make the wet mixture and cream cheese icing ahead of time!

How to make cream cheese frosting for cinnamon rolls

I like serving the cream cheese frosting on the side, so people can choose how much frosting they’d like! I, personally, can’t slather on enough cream cheese, while Trevor prefers a little less aka a normal amount. 😉

This casserole is best served immediately while still warm, but leftovers can be re-heated and enjoyed from the fridge or even the freezer.

You can safely keep this casserole on the “warm” setting for 2 hours. Keep an eye on it though, because everybody’s slow cooker is different and we don’t want to dry out the casserole. You really can’t beat this freshly slow cooked casserole right when it’s done with a side of that icing. 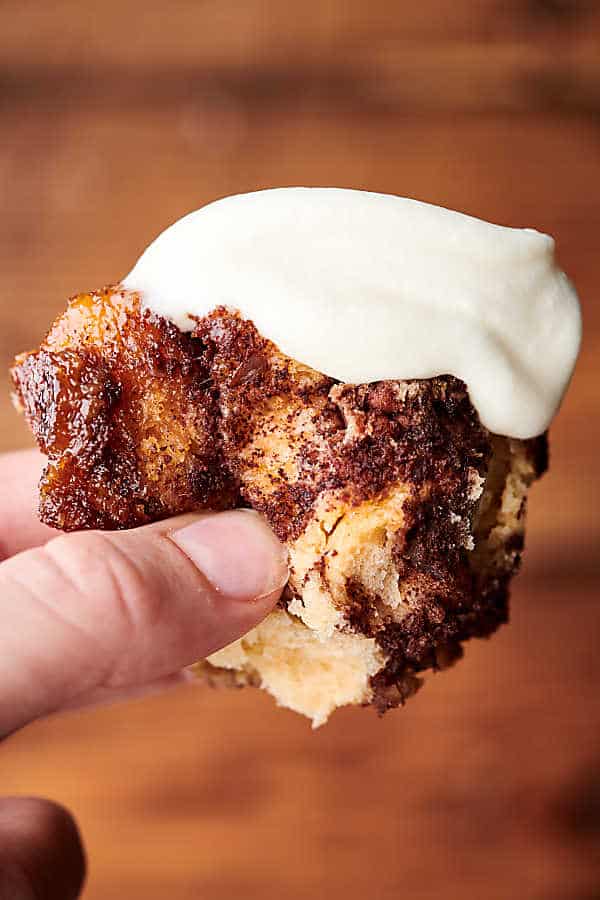 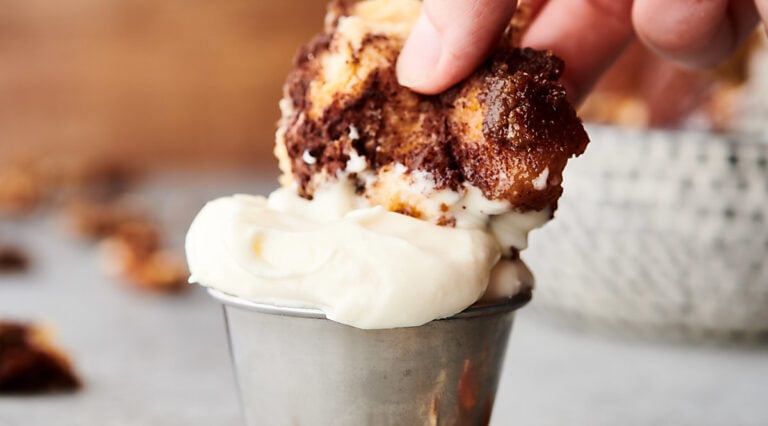 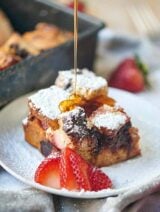 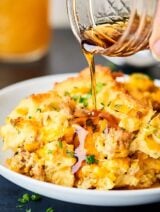 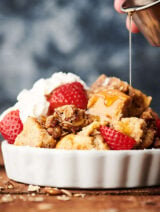 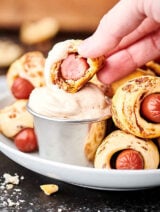 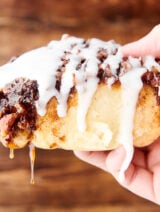 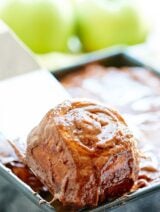