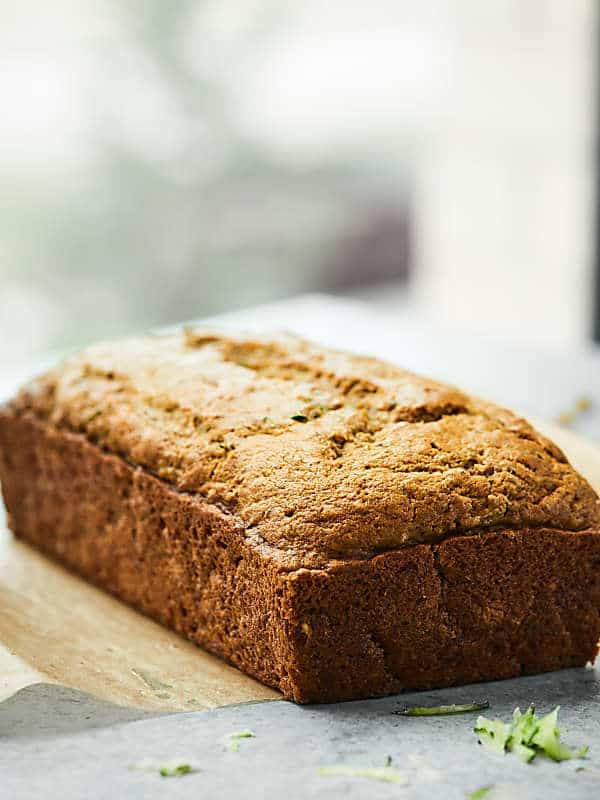 This Vegan Zucchini Bread is a thing of beauty and I’m so happy I have leftovers to munch on this Monday morning. Eating this bread reminds me of when I was growing up and was the pickiest eater. Ever.

Growing up, my grandma made the BEST banana bread, EXPECT for when she added nuts or “green stuff” aka zucchini to the batch. I wouldn’t touch it with a 10 foot pole.

I’ve definitely come a long way in terms of being a picky eater, because now? Gimme all the zucchini and don’t even get me started on the time a few weeks ago when I loved the turtle pecan fudge MORE than I liked the plain fudge.

While this Vegan Zucchini Bread doesn’t have nuts (WHY did I not think to add toasted walnuts until right this second?!), it DOES have plenty of green stuff, warm cozy cinnamon, and brown sugar and coconut oil, which I think makes this one of the most moist breads I’ve ever baked.

Full of flavor, a tender crumb, and tons of zucchini, this Vegan Zucchini Bread might just be my new favorite loaf. 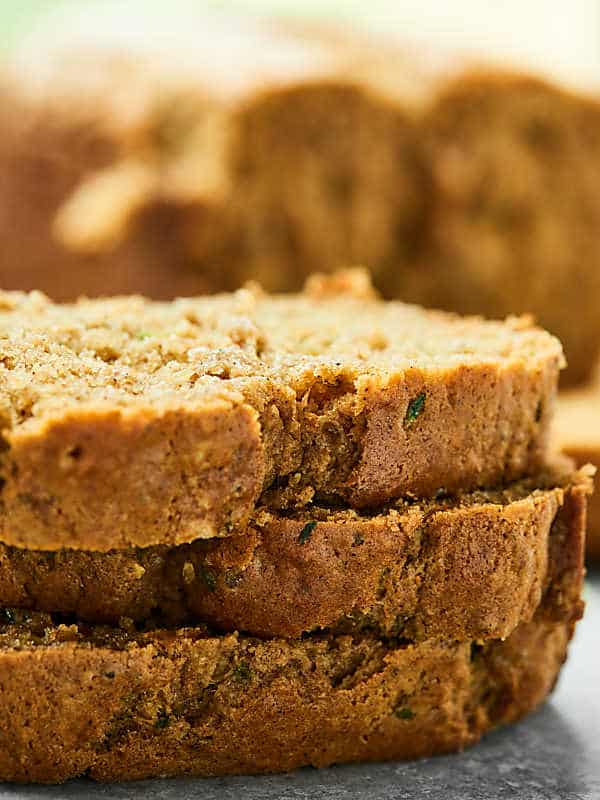 Before we talk zucchini bread, I need THREE things from you.

#1: If you didn’t watch the video above, dooooo it, because we make a chia egg – I’ll explain more in a second –  and I think that’s really cool.

#2: If you don’t follow us on Snapchat or Instagram yet, dooooo it, because we Snapchat/Instagram story about random fun things like the time this past weekend when I got a Double Bull’s Eye in a game of darts on my very first throw and Trevor was super impressed! 😉 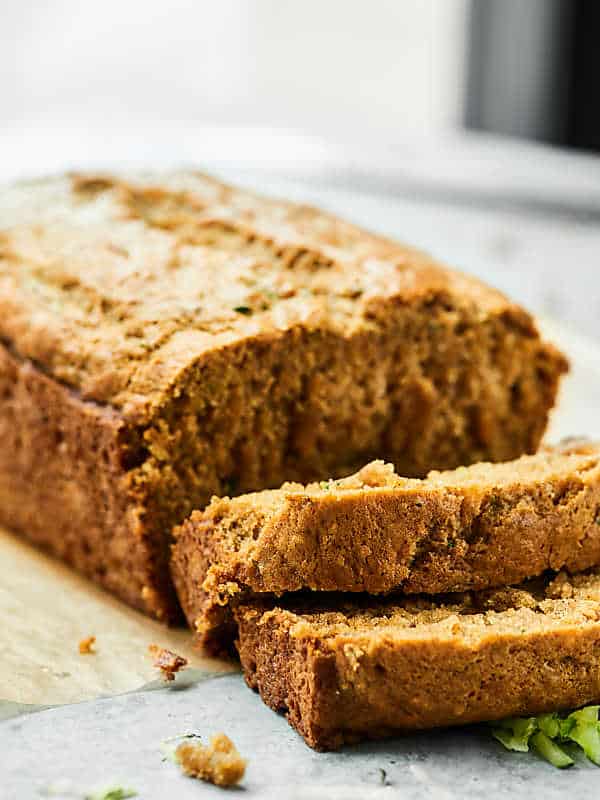 #3: If you don’t like us on Facebook, dooooo it, because we’ve started doing Facebook Live videos, which means you get to watch Trevor and I make a new recipe every week LIVE! You can ask us questions, make comments, die from the cuteness when Teddy inevitably comes to say hi, etc. 😉

Now that we’ve gotten that taken care of, let’s talk about how freaking amazing this Vegan Zucchini Bread is.

For one, I like that you can eat the batter and not worry about raw eggs. #winning

The cool experiment I did in THIS recipe, was that I used a chia egg instead of a “regular” chicken egg. 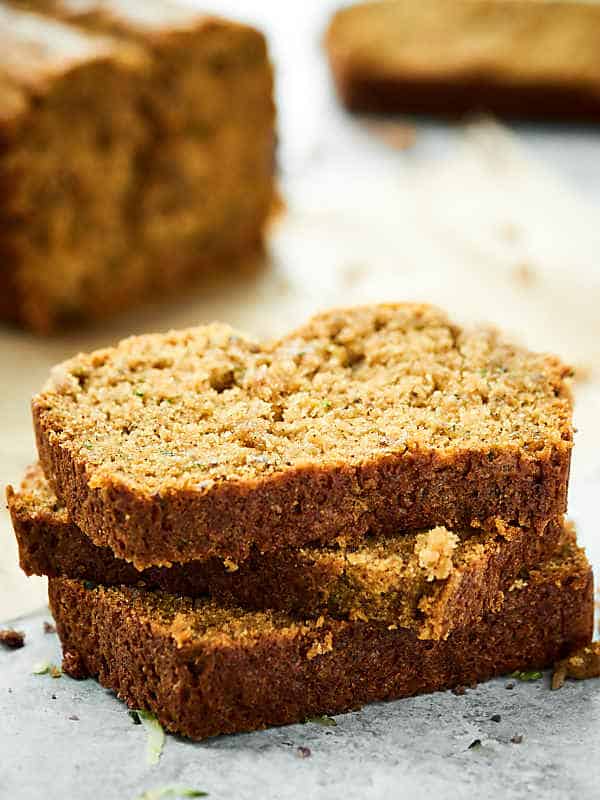 All you do is combine chia seeds with water, let it sit for about 10 minutes, and then it magically acts like an egg in a recipe.

While the chia egg is sitting, you’ll combine your dry ingredients: flour, baking powder, cinnamon, baking soda, and salt together in a large bowl. 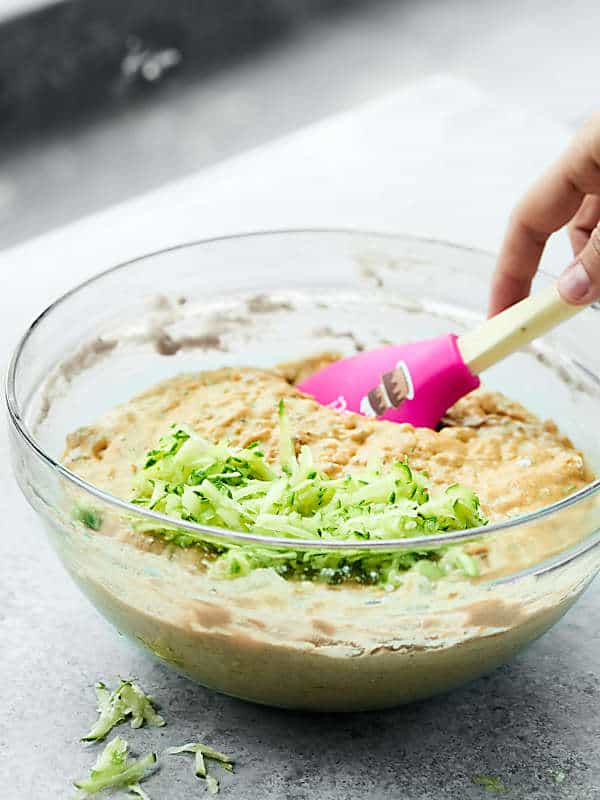 Combine the wet and the dry, pour it into your fave loaf pan, bake it up, and 45 minutes later, you’ve got the BEST Vegan Zucchini Bread Recipe.

I love eating this bread for breakfast or as a side to my main dish – which btw – totally counts as a veggie, because, um, helloooo this is ZUCCHINI bread. Riiiight? 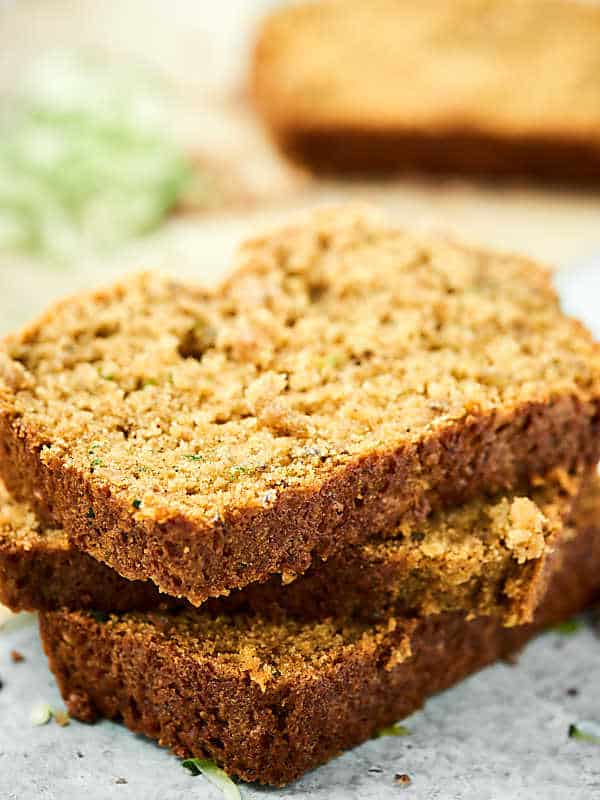 Perfect on it’s own, or slather on all the vegan melty butter. I just know you’re all going to seriously love this bread. 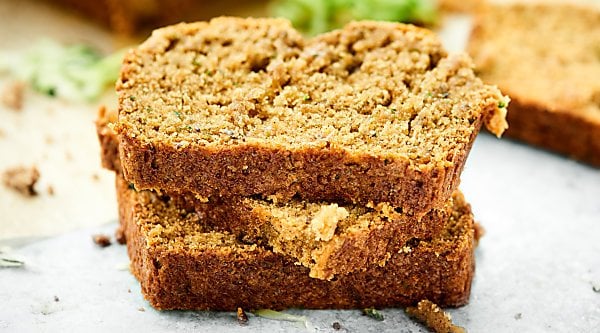 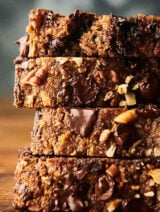 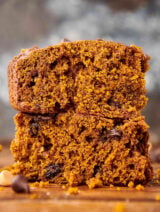 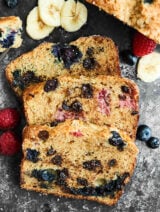 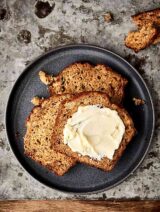 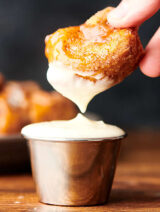 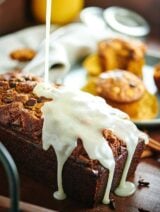