This Crockpot Vegetarian Stuffing is the perfect Thanksgiving side dish! Bonus: no oven space required! It’s packed with crunchy celery, sweet apples, meaty mushrooms, and so much flavor! 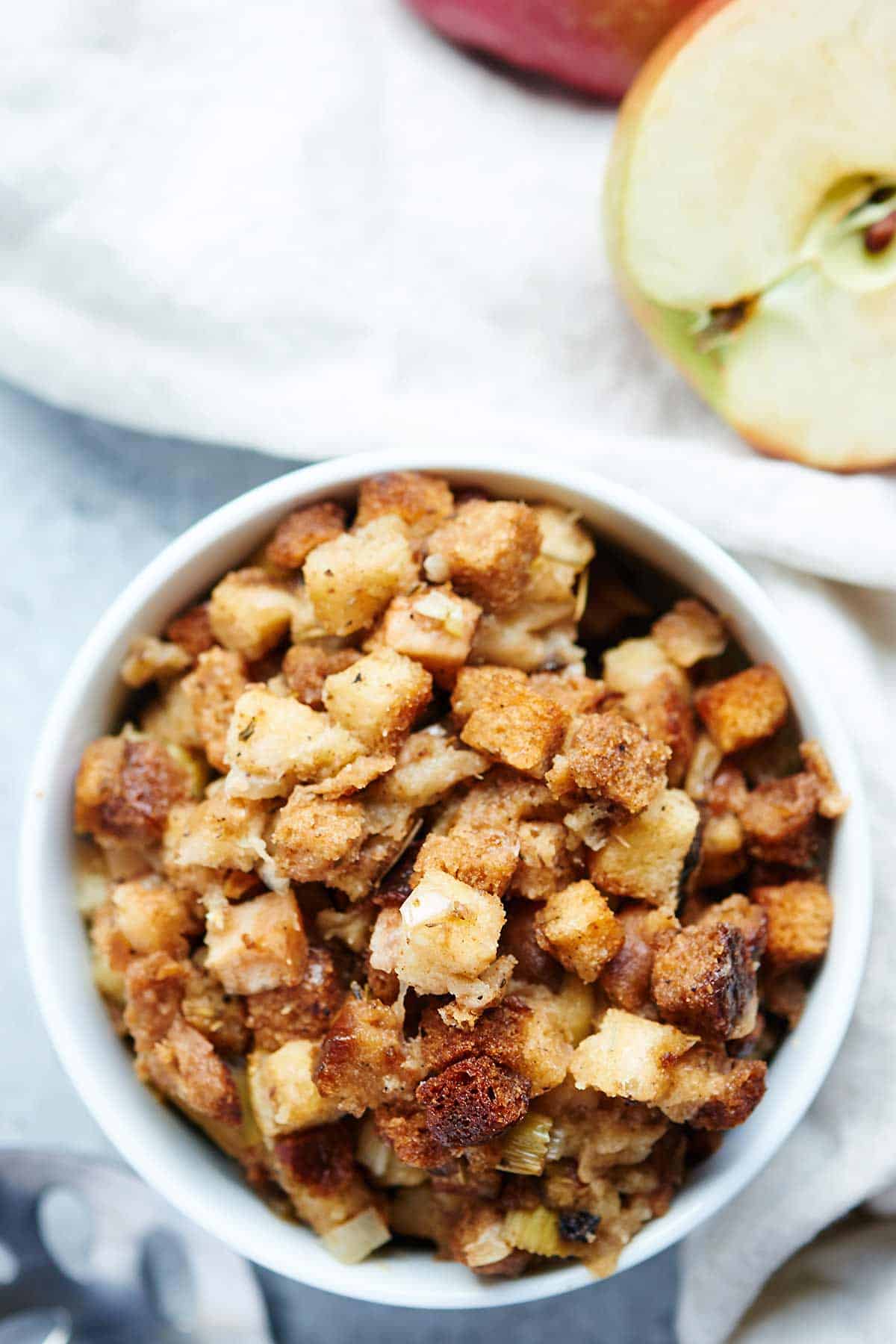 When Trevor and I started dating I was introduced to this sausage stuffing recipe…and I LOVED IT. It turned me from a stuffing hater into a stuffing lover.

While I absolutely love that recipe, I wanted to create another stuffing recipe that was meatless and made in the crockpot to save oven space for other dishes during the holidays…enter this crockpot vegetarian stuffing!

JUMP TO RECIPE
Pro tip
Cube your apples slightly larger than diced so they don’t get too mushy in the crockpot.

Not only will your house smell like Thanksgiving while this vegetarian stuffing is being cooked, but you only have to spend 15 active minutes making it!

How long to cook

The stuffing cooks in a 6 quart crockpot on LOW for 4 hours.

This is great on Thanksgiving day to throw together in the morning so it’s ready at meal time! 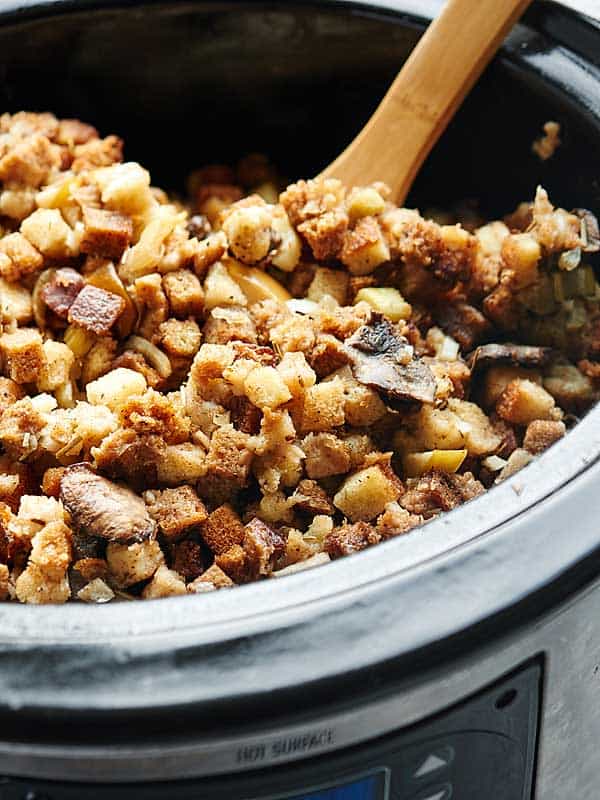 Can you cook crockpot stuffing on high?

You sure can! If you’re running out of time, turn your crockpot to high and cook for two hours instead of four!

Can stuffing be vegan?

The only non-vegan ingredient in this recipe is the butter. To make this stuffing vegan, swap the dairy butter for equal parts of your favorite vegan variety! 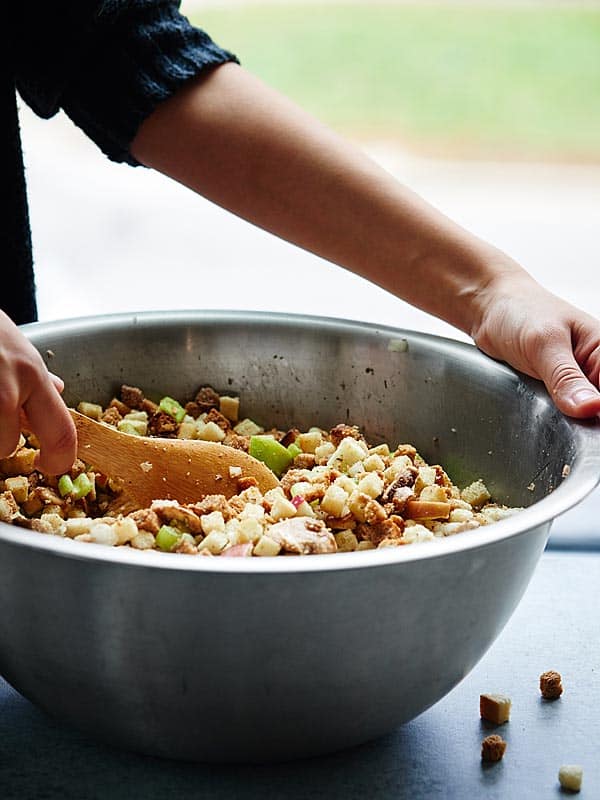 What to serve with crockpot vegetarian stuffing

I love all the fun and delicious side dishes that come with any holiday meal. Here are some more of my favorites! 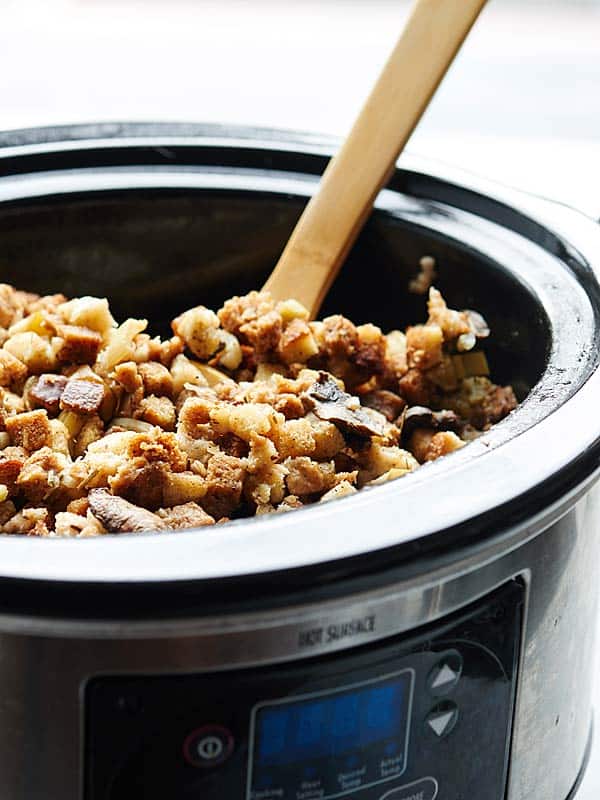 Store leftover stuffing in an airtight container in the fridge for 3-4 days or in the freezer for up to a month.

To reheat, thaw in the fridge if frozen then bake or microwave single servings to warm. 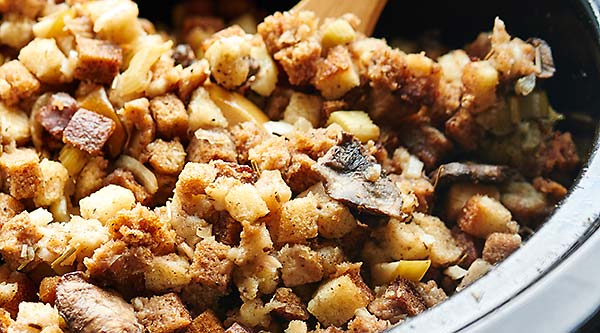 *Want to make this vegan? Be sure to use a vegan butter! ** I kept my apple chunks a bit larger so they wouldn't get mushy. 🙂 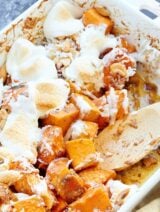 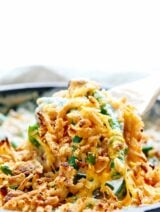 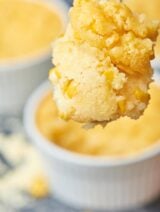 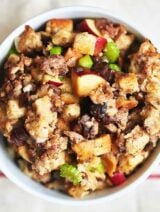 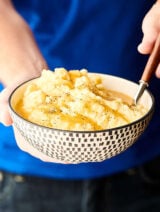 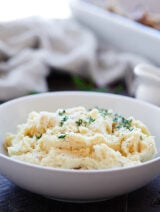